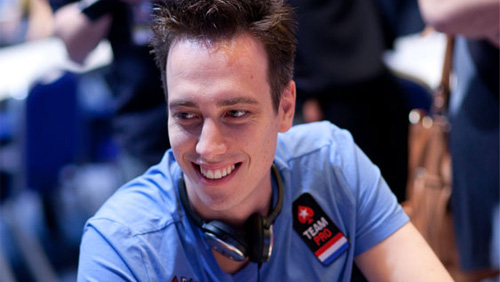 I run a forum that helps you become someone that doesn’t drink alcohol. People believe the best way to achieve this goal is to stop drinking. Experience has told me that the last thing you want to do is focus on alcohol.

The most underrated act is showing up.

I ask people to check-in for 30-consecutive days, sharing details of their trials and tribulations, and how those manifest in the emotions.

Last night, after I had put the broom down, turned off the radio, and opened up the laptop for one last time, a forum member questioned the effectiveness of this process.

“I don’t want to share my life with the world.” He said.

I had to remind him, that if he wanted to become someone that doesn’t drink alcohol, he would have to begin by serving others, something that few people seem to do these days.

He still didn’t get it.

An Ecuadorian Doctor Heads to the Bahamas

The Team Pros drew up battle plans with Veldhuis awarding a pass to someone who could prove they had done something to benefit the wellbeing of another human being for a minimum of 20-hours.

The videos flooded in.

Veldhuis made toast and tea, before settling down to get square eyes.

The results are in.

There is a clear winner.

An Ecuadorian doctor, who spends his life sitting by the bedside of forgotten cancer patients, giving them meaning in the final leg of the race of life, is going to the Bahamas to compete in the most illustrious $25k event in the history of the game, and if he finishes ITM, 50% of it will go towards those who tell him their stories.

Watch the moment that Veldhuis delivers the good news.

Listen to the tears.

I don’t know who PokerStars has working in their marketing and branding team, but they are pulling off some masterstrokes lately. Admittedly, some of the earlier Platinum Pass Adventures seemed a little dumb (only because I don’t understand the Twitch clique), but these most recent ones are dripping with the heartfelt narratives that are going to drive this event into the hearts and minds of people like a repeat viewing of The Champ.

The man cut his hair for the first time in 17-years and gave it to a company that turned it into a wig for someone had lost theirs due to chemotherapy.

Poker Gods, if you are to steer the deck in favour of one man, let it be him.