Home / Poker / CPPT heads to The Bike in October 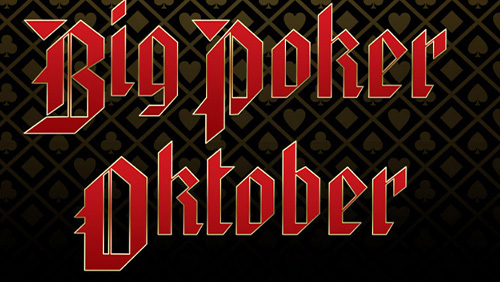 The Card Player Poker Tour (CPPT) is returning to one of its favorite venues, the Bicycle Hotel & Casino in California. The Bike will host the CPPT Big Poker Oktober poker festival, which is a series of 17 events, including the always popular $1,100 buy-in NLHE tournament with a whopping $500,000 guarantee. Big Poker Oktober will get underway on October 1 and run through October 21.

The lineup includes a number of satellite events, bounties, HORSE events and, as always, NLHE and Pot-Limit Omaha games. Buy-ins start for as low as $150 and can go as high as $4,300 if someone wants to buy directly into Day 2 of the Main Event.

The Main Event will start on October 17 with the first of three starting flights. There will be one flight each day beginning at 11:30 and satellite tournaments are available with buy-ins starting at $200.

Last year, the festival’s main event attracted 550 entries, which broke the guarantee and saw the prize pool swell to $673,180. 23-year-old Andrew Wisdom from San Diego scored his first title when he took down the event, pocketing over $165,000 in the process. He has since gone on to cash at a number of tournaments throughout the U.S., including a number of final table appearances.

The Bike has become a popular poker destination, in part, because of a $50-million upgrade and expansion in 2015. That expansion has helped the venue leave its mark on the poker world and The Bike Tournament Director Mo Fathipour explained to Card Player magazine, “The hotel is very nice. Every time you come to the Bike you’ll notice things changing and getting better and better. Players love it because the prize pool goes up and the tournament draws some professional players. The concept is getting popular. We had it in Canada, we had it in Las Vegas, and we had it in San Diego. It’s going almost everywhere.”

The CPPT Main Event might be the big draw again this year, but it isn’t the only to offer a guaranteed prize pool. There are eight additional events with guarantees, including two tournaments with prize pools of at least $500,000. The total lineup will see over $1.7 million awarded.