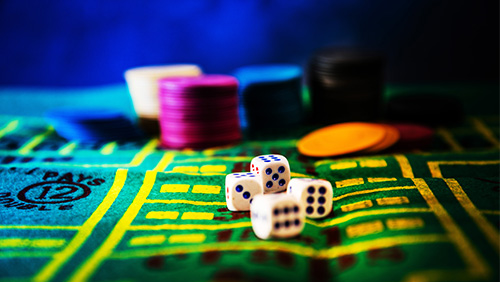 Congratulations are in order for Phil Siddell, winner of the Sydney Championship AU$550 Pot-Limit Omaha (PLO) tournament held at the Star Poker Room. While he’s no stranger to the tables and has had some success, it was his first major tournament win and gave him a nice payday of $14,484.

140 players descended on the Star Poker Room for the event and the tournament was full of some pretty amazing bets. A number of players decided to play the bingo variation, going all-in early and hoping to score a win by the time the river card was flipped over.

Sydney poker pro Michael Mayer would burst the bubble, eliminated in tenth place – just out of reach of the money. With him out of the way, it was truly anyone’s game and his absence meant that the title would most likely not be awarded to a Sydney player, as have most during this year’s Sydney Championship series.

Daniel Noja would be the first to pick up a little money at the final table. He was sent out in ninth place with $1,308, followed by Yu Chen, who took down the Sydney Championship mixed game event. She picked up $1,638 for her eighth-place finish.

Josh McCully, who won the Sydney Championship Main Event Warm Up game last year, was sent to the rail in sixth place with $2,697. He was followed by Andy Miller, who had four previous final table appearances over the past year. Miller pocketed $3,548 for his performance.

Now down to four players, Tae Woo Park and Htet Zin would follow Miller to the crowds, taking $4,747 and $6,460, respectively. Park has been a regular grinder for the past four years, while Zin has been seen for about the past three. Zin’s most recently took first at the AU$150 PLO tournament in the Perth Poker Champs in March.

Siddell was left to battle it out with Melbourne player Adrian Rarung. Rarung, who has never reached the money in an event according to Hendon Mob, wasn’t able to hold up against Siddell’s experience and would have to settle for a second-place finish and $8,950.