Home / Poker / Convicted thief wins at poker, loses it all to the taxman 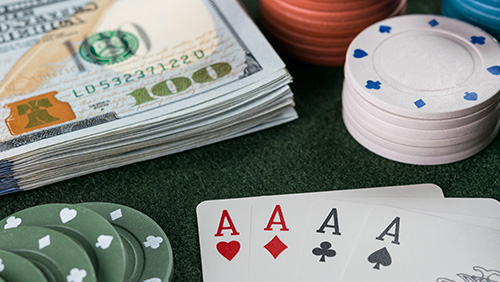 Everyone is probably familiar with the old saying, “There are two things you can’t avoid – death and taxes.” A poker winner, and convicted criminal, out of England may have thought the adage wasn’t going to apply to him, but he was wrong – very wrong.

Fast-forward almost three years and Lulat found himself a winner at a £1,110 Grosvenor UK Poker Tour (GUKPT) Main Event this past March. He overcame 240 other players to taste victory and collected a trophy and a first-place prize of £68,930 (then the equivalent of about US$95,000). Coming off a streak of bad luck and a stint in lockup, he probably felt like he was on top of the world.

His exuberance only lasted about six months, however. After learning of his good fortune, a UK court ordered him to hand over all the money he had won to Her Majesty’s Revenue and Customs (HMRC), who has asserted that he still owes money to victims from other crimes that were committed in 2010 and 2011.

Those crimes centered around the fabrication of businesses “to make fraudulent VAT [value-added tax] repayment claims against multiple [European Union] member states using a complex web of transactions.” According to records of the incidents, Lulat supposedly made more than £237,000 (US$300,000) from the criminal enterprises.

There is some confusion regarding the amount of time he spent in prison following the conviction of the money-laundering scheme in 2015. According to local media, he was sentenced to 28 months in prison; however, information on his Hendon Mob page shows that he cashed at two events during the time he was supposedly locked up.

HMRC Assistant Director of Fraud Investigations Debbie Porter said, “Lulat thought he’d aced the tournament but we had the better hand in the end. We will not allow tax fraudsters like Lulat to enjoy their winnings until they’ve repaid what they’ve stolen from the taxpayer.”

While he enjoyed the sweet taste of victory, for a few months at least, it was only a matter of time before the taxman caught up with him. Perhaps they’ll be generous and let him keep the trophy.