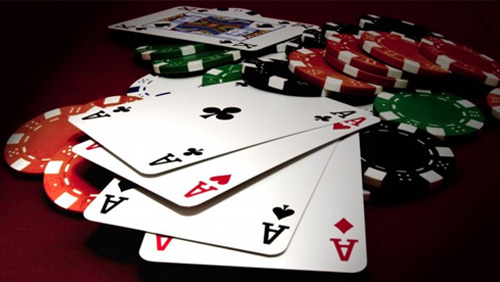 The $1,700 NLHE WSOP Circuit Main Event at Harrah’s Cherokee in North Carolina has wrapped up, and Adam Ross now has over 295,000 reasons to be happy. The Georgia resident outlasted 1,056 players to win the first circuit main event of the season and excitedly announced that he will use his winnings to pay off the mortgage on his home.

Ross, who only had around $70,000 in live winnings prior to the tournament, didn’t find an easy road to victory. He had to overcome several established veterans, including Ryan Phan who recently finished in eleventh place at the WSOP Main Event, pocketing $725,000 in the process. WSOP bracelet winner Maurice Hawkins, who has had to overcome racial slurs and lawsuits this year, was also present, but could only get as high as 43rd.

108 players would receive a piece of the prize pool, but only 21 were still in contention for the final table on Day 3. Phan was able to maintain a sizable chip stack and Ross was ready to give him a run for his money. Pocket 9s against the A-K of 15th-place finisher Irene Carey helped him boost his stack and virtually guaranteed Ross a spot at the final table.

With just nine players left at the felt, Ross found a bonus prize. After a little pre-flop back-and-forth, Justin Adams shoved with almost 3 million in chips and Ross was only too happy to respond with his pocket rockets. Adams, holding A-K, didn’t find any help and was the first final-table player to be eliminated, taking home $29,181.

After wading through a few more eliminations, Ross ultimately found himself in final heads-up battle against Phan. Both players were almost even in stacks, which would make for an interesting duel. Phan took the early lead, gaining a 3-1 advantage, before Ross began to climb back up, fueled by a flopped straight against Phan’s two pair.

Ross continued to consume Phan’s chips and didn’t stop. A bluff from Phan while looking at an Ace-high board didn’t faze Ross and he soon sent his opponent to the rail after picking up a set of deuces on the river in the final hand. Ross pocketed $295,970 for his win, while Phan was awarded $182,990 for his runner-up finish.