Rogello Bangsil, who previously worked for the Philippine Amusement and Gaming Corp (PAGCOR), launched a lawsuit in Macau against Wynn Macau over allegations that the casino operator had improperly shared his personal information with third parties. A judge, however, didn’t see things the same way, and has dismissed the lawsuit. 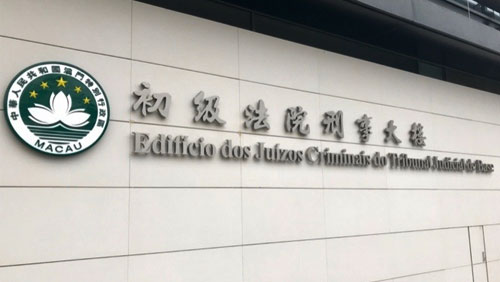 According to Bangsil, Wynn Macau unlawfully shared his information following a trip to the resort. He sued for $1.25 million in damages, arguing that his reputation had been irreparably harmed and the release of his information was the cause of his removal from PAGCOR. Macau’s Court of First Instance heard the case, but determined that it was without merit, leading to its dismissal.

In 2011, the U.S. Federal Bureau of Investigation (FBI), led by director Louis Freeh, compiled a report in which Bangsil’s name appeared as possibly being involved in an improper relationship between several PAGCOR officials and Japanese tycoon Kazuo Okada, then-shareholder in Wynn Resorts.

The report, which was given by Wynn Macau to Wynn Resorts, alleged that Okada had given gifts and payments to 17 people, including to Bangsil and his wife. The supposed action occurred when the individuals were staying at Wynn Macau between June 2008 and June 2011. Okada was accused of trying to sway the opinion of PAGCOR officials in his quest to open a casino project in Manila independently from his involvement in Wynn Resorts.

In 2012, The Office for Personal Data Protection (OPDM) in Macau determined that Wynn Macau, in giving the information to Wynn Resorts, had broken the law. The OPDM fined Wynn $2,500 for the unauthorized transfer of information outside the Macau Special Administrative Region. It was due to this action that Bangsil decided to sue.

Okada, who has continuously denied any wrongdoing, was kicked off the board of Wynn Resorts in 2012 and had his shares, which were held by Aruze USA Inc., returned. He was issued a promissory note, offered at a discount of the then market share price, but that discount didn’t hold up. In March of this year, Okada won a $2.4-billion judgment against Wynn Resorts over the forced discount.