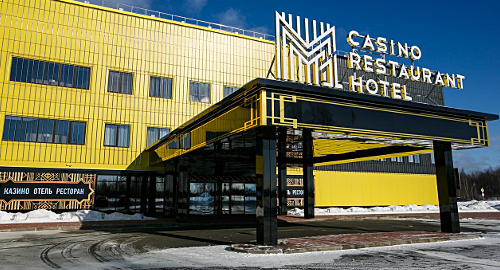 Belarus is making tentative steps toward modernizing its gaming regulatory scheme, including legalizing online gambling, although we’ve heard this talk before.

Last week, Belarusian state-run media outlet BelTA reported that Sergei Nalivaiko, head of the government’s Ministry of Taxes and Levies, had drafted legislation that would address a number of gaming-related issues, including a proposal to raise the legal gambling age from 18 to 21 years.

The draft legislation also includes a proposal to license and tax online gambling operators, although that’s about the extent of the details that have been made public. Nalivaiko did mention a two-year transitional period from the decree entering into force, during which online gambling operators can operate with special permits while they adjust their operations to conform with the decree’s (as yet unknown) specifics.

Nalivaiko’s ministry floated a plan last September to allow local operators to offer online casino games in addition to online wagering, while also seeking to block access to internationally licensed online gambling sites who fail to acquire local licenses. That proposal would have required international operators to base their servers on Belarusian soil.

The government’s most recent announcement included word that the current gambling tax rates would remain in place for at least the next three years, due to what Nalivaiko called “additional investments needed to organize a new type of activity in the gambling business.”

The tax certainty comes too late for Novo-BR, the operators of the U Admirala casino in Minsk, who initiated bankruptcy proceedings last month. Local media reported in May that the company, which also operates slots halls in Belarusian hotels, had failed to pay either taxes to the state or wages to its staff for some time.

M1 CASINO PROVING POPULAR IN MOSCOW
Novo-BR’s woes are opportunities for Alexei Popov, general manager of the M1 Casino, Belarus’ newest land-based gaming venue. The M1 venue opened in March in Sudilovichi, on the country’s eastern border with Russia, which lies on a direct route from Moscow down the M1 highway.

Speaking to Russian affiliate News of Gambling, Popov noted that even though Russia has a few established gaming zones in which casinos are permitted, none of these are closer to Moscow than the M1. The venue is also closer than casinos in Minsk, which is further down the highway.

Popov said around 80% of the M1’s guests are Russians, primarily from Moscow and Smolensk. Around 30% of the venue’s staff are also from Russia. The M1 features around 300 slot machines, 25 gaming tables, three poker tables, a 42-room hotel, restaurant, concert hall and a sportsbook.