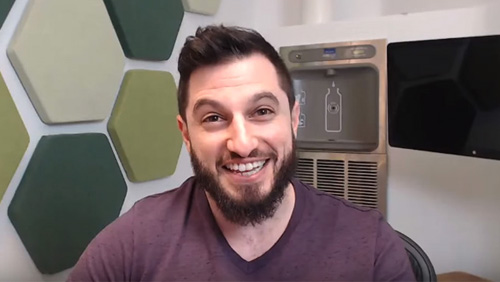 Poker pro and founder of Run It Once Phil Galfond has finally caught the bug and has launched his own vlog. Galfond made the announcement while participating in this summer’s WSOP series, with the first episode already up and ready for the poker community.

Galfond made his announcement via Twitter, saying, “We just launched the @RunItOnce YouTube channel. The first video follows my journey through the $50k Poker Player’s Championship. We’re playing around with different kinds of content. Please, let us know in the comments what kind of stuff you want to see!”

In the premiere episode, which was published on June 27, Galfond talks about his run at the $50,000 Poker Player’s Championship, where he almost made it to the money before busting on Day 3. He also delves into his table draw and discusses some key strategies and hands from the first two days of action. The episode also features an intro about a personal story that involves New York and Phil Ivey.

The 33-year-old poker pro from Maryland has racked up over $2.3 million in live tournaments. He has won two WSOP bracelets—one at the $5,000 Pot-Limit Omaha tournament in 2008 and the second at the $10,000 2-7 Draw Lowball No Limit Championship in 2015. He has also been a regular fixture on High Stakes Poker on the Game Show Network (GSN) TV channel.

Capitalizing on his poker success, Galfond decided to switch gears and announced that he would launch Run It Once (RIO), a website geared toward poker training led by professionals. The site now offers a range of training material led by professionals like Galfond, as well as established pros such as Ben Sulsky, Jason Koon, Sam Greenwood, Elias Gutierrez and many others.

As he was bringing the RIO website into existence, Galfond also announced a new poker portal, Run It Up Poker. It was first discussed in 2016, but technical and personnel issues have delayed the poker-playing site’s launch. In a blog post on the RIO website in April, Galfond, who had been silent on the topic for over a year, came forward and said that he is still working on the site’s development. He added that the site would be launched in two phases, with the first phase scheduled to be introduced to the poker community this summer and the second phase at some point in the future. Phase one is anticipated to be built around cash games, while phase two will incorporate tournaments.