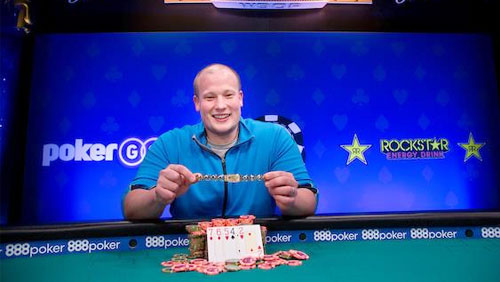 Another round-up from the World Series of Poker this time focusing on Nicholas Seiken winning the $10,000 Limit 2-7 Lowball Triple Draw Championship at his first attempt, and Matthew Mendez creating history winning the first Pot Limit Omaha event ever played online.

For Nicholas Seiken, playing No-Limit Hold’em was like watching two tortoises trying to make a baby tortoise. He wanted something a little quicker. In his opinion, the Cadillac had run out of gas.

I don’t think he’s going back.

“I really liked the Triple-Draw,” Seiken told PokerNews after his win.

Seiken decided to take a punt at Event #44: $10,000 Limit 2-7 Lowball Triple Draw Championship. He had never played the game in a standalone format before, but he was in such fine form, after finishing 12th in the $10,000 Seven Card Stud Championship, he bought some balloons, some party poppers and took a seat.

Would you rather eat a bucket of shit, drink a bucket of piss, or stump up $10,000 to play Limit 2-7 Lowball Triple Draw.

It seems it’s a tough call.

100 players entered, and at the end of the day, 41 bagged up. The man in the driving seat was Michael Noori; professional footballer, Max Kruse sat in the sidecar. Our man Seiken, who was still figuring things out, was seated towards the back end of the chip counts.

It looked like Noori’s tournament, as he continued to lead the way with 13 players remaining. It wouldn’t easy, though. It was a tough final day containing five players with seven bracelets between them, including Farzad Bonyadi who was hoping to win his fourth. Had he done so he would have created more history by becoming the first mother-son partnership to both win a bracelet at the same series after his mother won the Super Seniors event. Seiken still lurked towards the bottom of the chip counts.

Noori’s dominance ended in ninth. Bonyadi’s record-breaking hopes ended in fourth. Seiken began building up a head of steam and had half of the chips in play by the time he was three-handed with Randy Ohel and Kristijonas Andrulis.

Ohel, who won a $2,500 version of this event back in 2012, took the chip lead until Seiken eliminated Andrulis in third to take a 3:2 chip leads into a heads-up phase he dominated.

Seiken has now won $387,700 in live tournaments. His win in this event was his most significant score by a country mile, and the first time he had ever won a live tournament.

Maybe he should start flicking it in other games he doesn’t know how to play? 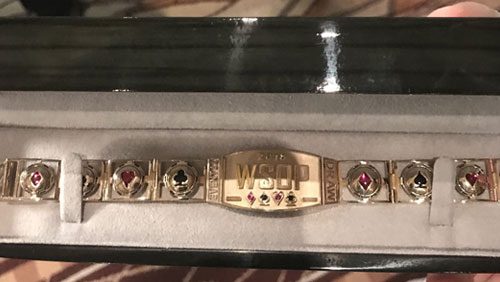 Matthew ‘mendey’ Mendez won what will become one of many Pot-Limit Omaha (PLO) bracelets played in the virtual world. The former WPTDeepStacks Main Event winner overcame a field of 1,223 entrants (657 unique, 566 re-entries) to win his first-ever bracelet and $135,077.

The event ran quicker than the mouse in Hickory Dickory Dock with the whole thing done and dusted in 15-hours.

And the fizz stayed at the top in this one. The final table included the likes of Anthony Zinno and Ankush Mandavia, but the star of the show was the Hungarian Marton Czuczor, who turned into a one-man wrecking crew until Mendez stuffed a rag down his throat and sorted him out.

Check these monsters out.