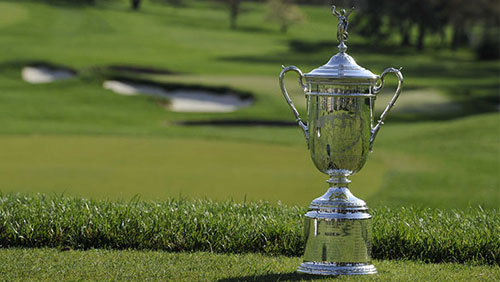 The Masters is considered the most prestigious of golf’s major championships and the British Open has the most history, but the toughest test in the sport each year is usually the U.S. Open. The 118th staging of America’s championship begins Thursday at Shinnecock Hills in Southampton, New York.

That’s the thing with the U.S. Open: the course is often the biggest story, and that should be the case this week. Shinnecock is a world-renowned track and one of the five charter clubs of the United States Golf Association. It’s also the only course to host the U.S. Open in three different centuries: 1896, 1986, 1995 and 2004. South African Retief Goosen won 14 years ago at 4-under.

Last year, the U.S. Open was played at wide-open first-time host Erin Hills in Wisconsin, and because the wind wasn’t blowing the course was defenseless. Brooks Koepka won at 16 under par. It would be a minor miracle for anyone to finish double digits under par at Shinnecock, which is a par 70 and will play at nearly 7,500 yards.

An American has won the past three U.S. Opens, and two USA players are in the spotlight this week in Tiger Woods and Phil Mickelson. Woods (+2200) is paired the first two rounds with Justin Thomas and Johnson with a first-round tee time of 1:47 p.m. ET. Tiger is a three-time U.S. Open winner but hasn’t played the tournament since a missed cut following rounds of 80-76 in 2015 at Chambers Bay. He was tied for 17th 14 years ago at Shinnecock.

Mickelson (+3300) again tries for the career Grand Slam as Lefty has finished second in the U.S. Open an astonishing six times. He missed the cut last year at Oakmont and was second as recently as 2013. That was also the year he won his last major, the British Open. Mickelson was a runner-up to Goosen in 2004. They were the only two to finish under par.