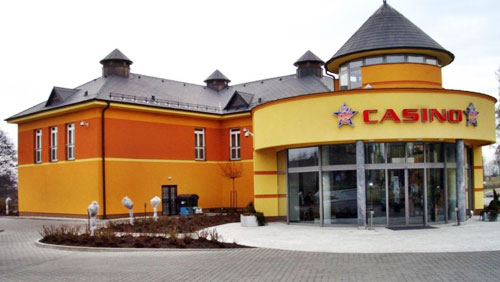 The World Series of Poker Europe will return to the King’s Casino in Rozvadov in the fall with ten bracelets and €13m in guaranteed prize money up for grabs.

I wonder if I carefully pulled my eye out of its socket, and moved it around the room with my red right hand would I still see things? Is the frog whose life I saved by moving him from my backyard to the safety of the local park, suffering from depression because I tore him away from his family? And what do you do in Rozvadov when you aren’t playing cards?

Or maybe that’s the magic, right there.

Away from roving eyeballs, and heartbroken frogs, perhaps the key to creating the most vibrant poker rooms in the world is to erect them in the towns where the most exciting thing to see are the mice you find when you lift up zinc roofs dying in the fields.

The initial WSOPE was a resounding success, dishing out €25m in prize money, as 7,689 entrants got off the bus believing they were in the wrong town.

Maybe that’s why the pair have decided to add an impromptu piece of 2018 WSOPE meat in between the two expensive slices of bread that lie either side.

While Doyle & Todd Brunson go to bed hoping for a perfect ending to the latest WSOP story, leaders from Kings and the WSOP have announced a €13m GTD, 10 WSOP gold bracelet WSOPE set to take place Oct 9 through November 2.

WSOP Executive Director, Ty Stewart, said of the announcement, “King’s Casino does everything big and first class, so we can’t wait to return to Rozvadov.”

The inaugural festival handed out 11 bracelets including a very controversial €1,650 Pot Limit Omaha Hi-Lo 8 or Better event that drew a paltry looking 92 entrants, won by the WSOP Player of the Year, Chris ‘Why Doesn’t Anyone Like Me” Ferguson.

The scalpel has come out.

That event has been cut.

And while all of this was happening, 782 people were wondering why so many people were hanging around in the streets looking for things to do.