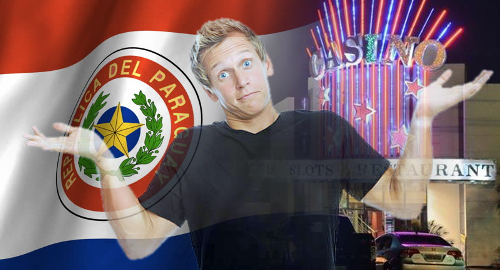 If there are in fact any adults overseeing Paraguay’s gaming market, they’re currently on a very long coffee break.

On Friday, the new five-year Paraguyan sports betting monopoly of Daruma Sam S.A. will take effect. The controversial concession was confirmed by the National Commission of Games of Chance (Conajzar) in March, following a contentious tender that sparked widespread allegations of political interference and led to the resignation of Conajzar’s former boss.

As of Friday – just in time for the 2018 FIFA World Cup – the provisional licenses of Paraguay’s nine other online and land-based sports betting operators will expire, meaning they will have to either come to some form of cooperative arrangement with Daruma Sam or shut down their local operations.

Daruma Sam’s concession allows it to operate both online and via 200 retail outlets, all of which will operate under its Aposta.la brand. The company will pay 21% tax on its gross revenue, from which the government hopes to earn PGY3.74b (US$653k) per month, based on Conajzar’s estimates of the market’s monthly revenue of PGY17.8m.

CASINO LICENSES DO THE HOKEY POKEY
Sports betting isn’t the only gaming vertical in Paraguay that is proving controversial. On Monday, Conajzar announced that it had extended the licenses of casino operators Azar Internacional (which operates the Hotel Casino Acaray of Ciudad del Este) and Casinos Paraguayos (the Carnival Hotel Casino de Encarnación), for another 10 years, despite the fact that both casino’s existing licenses weren’t due to expire until 2025.

But on Tuesday, Conajzar scrapped those license renewals, with chief regulator Óscar Portillo Martínez suddenly remembering that the extensions contravened gaming laws requiring public tenders. According to Ultima Hora, the regulator’s memory was aided following concerns raised by Paraguay’s President-Elect Mario Abdo Beníttez, who will assume office in August. With any luck, the new administration will continue to shine some badly needed sunlight on the local gaming industry.