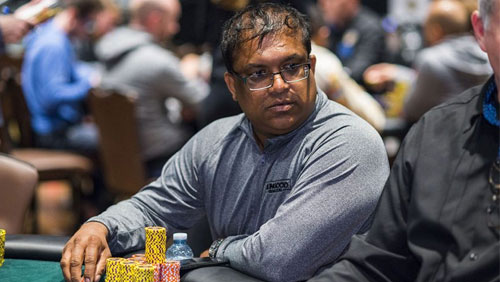 3: Barrels coated in the scent of PokerStars including Victor Ramdin leaving through the back door, the 2018 Spring Championship of Online Poker raising $91m in prize money, and a new Asian home is on the horizon.

I’m going on a trip, and I’m not sure if I will ever be back.

I have so much stuff.

A few days ago, I began throwing most of it in the trash, but not before reminiscing. I found a letter from DB Schenker advising me that I would receive ‘x’ amount in redundancy money and outstanding annual leave.

It was the final correspondence from a firm I had worked with for 19-years. There were no balloons. No goodbye card. No cake. No candles. No parade. Nobody picked me up and threw me into the air. My MD didn’t shake my hand, send me a congratulatory email or phone me up.

Maybe that’s why I feel like a hummingbird with its wings caught between the thumb and the forefinger of a giant when I hear online poker rooms releasing ambassadors from their contract via social media.

They let him go.

For all I know, they may have blown up a few balloons. He may have received a goodbye card from the Isle of Man. Maybe he had a cake and 50 candles (it was his birthday after all). Perhaps they did put on a parade, threw him into the air, emailed him a ton of love, shook his hand, and rang him up to laud praise on a 12-years dalliance.

I will never know.

But there is nothing that I can see on PokerStars website or social media channels celebrating a man who has done so much for the game, the world, and the PokerStars brand.

Interview the man, run a centre spread on your blog, do something to celebrate him, don’t push him out of the backdoor.

While they might not be the best at giving ambassadors a royal and loyal sendoff, PokerStars is the undisputed king when it comes to hosting a mega online tournament festival.

The 10th Anniversary Spring Championship of Online Poker (SCOOP) racked up some massive numbers making it the second most significant SCOOP in history.

Throughout the three-tiered festival that took place between May 6 and May 23, the team put on 183 events, with at least one $1m GTD event daily, and 1,071,706 entrants created $91m in prize money, smashing the $65m guarantee, and only falling $3m behind last year’s record haul.

2018 SCOOP players came from 141 different countries, remarkable when you consider there are only 195 countries in the whole world, putting into perspective the tales of woe we hear from the likes of the USA, China and Australia.

Calvin ‘cal42688’ Anderson set a new record when his double SCOOP triumph saw him move to ten SCOOP titles. Anderson was also the recipient of the first Golden Scythe award. Anderson eliminated 108 players during SCOOP to pick up the new honour. Canada’s Ntravnik was the most consistent scythe eliminating an average 8.8 entrants per event, ciuttac won the John Wick award for removing the most entrants in a single competition (28), and Russia was the most lethal country with 46,108 KOs.

PokerStars Close to Finding a New Home in Asia

PokerStars will have a new Asian home ‘soon’, according to a Stanley Choi interview with PokerNews. 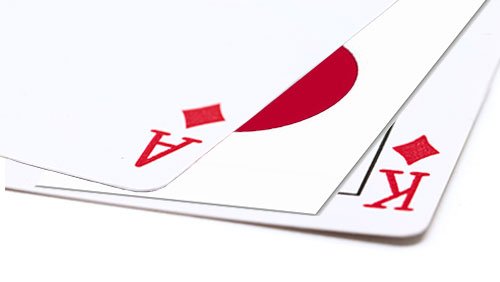 Choi is the man in charge over at International Entertainment Corporation (IEC), the company that recently entered into a partnership with PokerStars where they will license the PokerStars brand for land-based events and poker rooms in Asia.

In the interview read here: Choi said that PokerStars revenue collected in Asia is much smaller that in should be and feels he can do something about that. He made a promise to add one more event per year to PokerStars Asian commitment as well as add one more poker room.

Choi is thinking about Tokyo, Macau and Vietnam as possible locations, despite gambling being illegal in Japan, and told PokerNews that he is very, very close to signing a deal that will see PokerStars Live set up shop in a much smaller venue than the City of Dreams.

The City of Dreams recently ended their partnership with PokerStars, and Choi intimated that City of Dreams Chairman, Lawrence Ho Yau Lung, wasn’t wrong when he said the relationship wasn’t profitable pointing to the financial benefit of having a roulette or baccarat table instead of one dealing poker.

But we needn’t worry about PokerStars’ involvement in Asia, because Choi plans to make PokerStars Live events even bigger and better than they have been in the past.