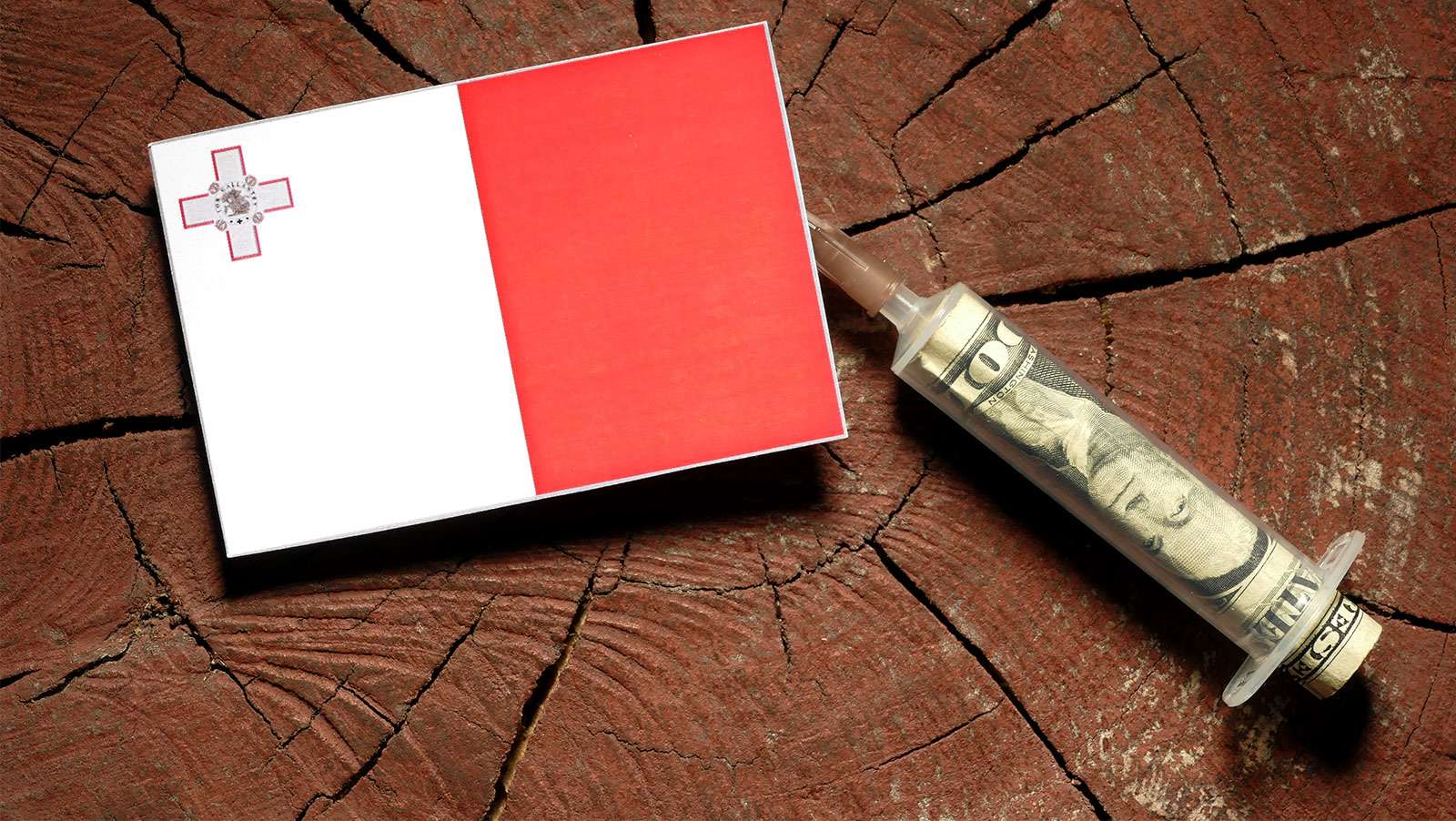 The European gaming investment scene right now looks even more uncertain than Werner Heisenberg himself. Are investors safer in the United Kingdom with Brexit itself continuing to be

uncertain, or in the Eurozone, which could crack up at any time now that Italy’s debt issues are cropping up in the news again? The danger of sudden taxation is ever present, or draconian regulations smashing an entire sector overnight with £2 maximum bets at fixed-odds betting terminals can materialize unexpectedly. And then the Supreme Court of the United States can just as swiftly give States permission to regulate their own sportsbook policy, pushing UK stocks back up again from their precipitous FOBT fall.

Who knows what happens next week. Will Brexit be cancelled again? Mainstream media is now harping in the fact that Northern Ireland isn’t so keen on Brexit anymore. Is the media pushing for another referrendum on the referrendum? Also, Theresa May’s government may or may not fall due to a piece of Brexit legislation that fellow party members believe will fail, which could force elections. Will those elections be considered a de facto second referrendum and then what if the pro European Union side wins and doesn’t want to go through with Brexit? Does anybody know what’s going on at all anymore?

I don’t think anybody knows what’s going on, least of all businesses, which is why it was not surprising at all to hear that Bet365 is opening up offices in Malta in addition to its headquarters in Gibraltar. But when the Times of Malta reported that the company was picking up and moving 1,000 Gibraltar employees to Malta in preparation for Brexit, Bet365 had a little bit of a conniption and called the Times report “wholly innaccurate”. They’re staying in Gibraltar. They’re just setting up shop in Malta, too. But they’re not moving 1,000 people. They just like the view from Malta, is all.

One could argue that Bet365 really is planning to pick up and leave Gibraltar but they just don’t want to let the market know yet so they’re screaming denial, but I think that’s a stretch. More likely they are simply hedging their bets, as any good gambler should, because they have no idea what’s going to happen where or when. If Brexit does happen (I can’t believe we’re still talking about “if”, really) then they want to have a foot in both doors, not knowing which one will close in their faces. If it doesn’t happen, there’s no harm in having an extra office in Malta. Considering uncertainties piled atop uncertainties here, it makes sense for many companies to position themselves in both jurisdictions, which can only help navigate whatever regime will be concocted after something finally happens, if anything ever does and these politicians stop blabbering at each other and let us all move on with our lives already.

Despite the uncertainy over Britain, it pales in comparison  to the uncertainty hovering over the the Eurozone right now. I’m not a technician nor an expert chartist, but most of us who trade at all are familiar with the basic concepts of resistance and support. Take a look at this: 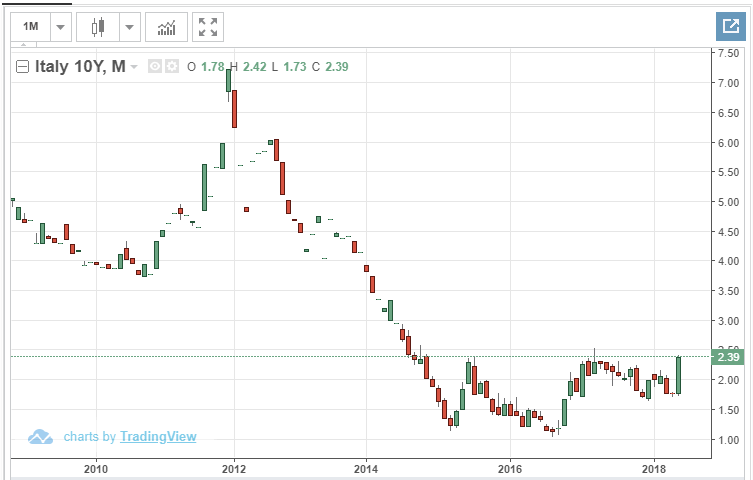 These are 10-year Italian bond yields. Rates have shot up 63 basis points in two weeks on news that,
A) Italy has a new coalition government headed by a no-name academic who nobody’s ever heard of, and the coalition agrees on pretty much nothing except that they both want to spend a lot more money and cut taxes,
B) Both want debt forgiveness for all the Italian bonds that the European Central Bank purchased during its bazooka money printing “Whatever it takes” campaign to save the Euro and France is very mad at this because they own about a quarter trillion euro of Italian bonds
C) So this new motly crew Italian coalition figured out a scheme first cooked up by former Greek Finance Minister Yanis Varoufakis, who the Eurocrats in Brussels detested so much that they refused to even talk to him, that would see Italy using its state lottery printing presses to issue short term IOUs to their public sector workers that would circulate as a parallel currency.

This is all sure to make the monetary authorities in the Eurozone very happy, in an enraged sort of way. Meanwhile, while all this is happening, the chart above of Italian interest rates threatens to break through 4 year resistance with no significant upper resistance until all the way up in the 6% range.

If you own any stocks with any significant revenues coming out of Italy, now is the time to liquidate those positions. Scientific Games , which is still rip-roaring higher and now on a hiring spree, is priced to perfection and profits should be taken if they haven’t already. International Game Technology earns 34% of its top line in Italy and it’s at 10-year highs. There is no reason to hold on to it now and profits should be taken there, too.

As confusing as the UK is right now, both regarding regulation, taxation, whether it will be part of the EU or not, UK bookie stocks look like more stable portfolio allocations than straight up Eurozone stocks right now. The next Eurozone crisis headlines are at our doorstep, and Brexit is about to look like the smartest decision since the Supreme Court overturned the Professional and Amateur Sports Protection Act. Well, maybe not that smart, but look at it this way: Is it better or worse that the UK never chose to use the Euro and instead stuck with the pound sterling?

The UK was able to save itself from the worst tremors of the Eurozone debt crisis so far. Yes, it has its own Brexit tremors to deal with, and we could see more Gibraltar and Isle of Man companies making the move to Malta in the months ahead, but that’s a lot less intense than earning your revenues in a currency that could dissolve itself at any time. The pound has been under some stress but now it’s the Euro’s turn. The bookies, who earn most of their revenues in pounds, will see a boon in their top lines when the Euro comes under pressure once again.