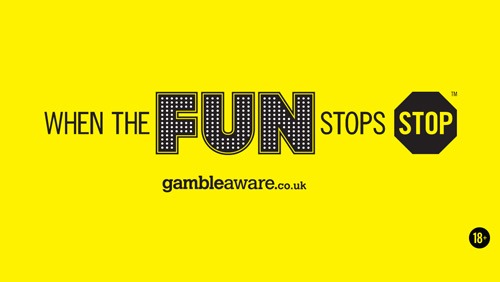 In a video released today by the Senet Group, the UK body dedicated to addressing problem gambling through consumer information programmes, a number of industry leaders talk about the impact and influence of the Senet Group’s responsible gambling campaign: When the Fun Stops, Stop.

“I think the campaign has worked because of the simplicity of message and because all of the industry has been behind it.”

“The most pleasing thing about the campaign is hearing people use it in general conversation.  There have been quite a few examples where I have heard people say to their friends, or on TV, ‘when the fun stops, stop’.”

“I think [the campaign is] getting [a] message across that isn’t too doom and gloom, a message which is quite thought-provoking, without being scary.  If people are joking ‘if the fun stops’, I don’t think that’s a bad thing.  A bit of humour doesn’t hurt.”

The Senet Group’s When the Fun Stops, Stop campaign is already carried by about 40% of UK gambling companies as measured by sales revenues and Senet Group recently appealed to the entire UK gambling sector to adopt the campaign.

“Since the launch, advertising space devoted to the messaging has had an equivalent advertising value of £16 million each year.  This figure could double under a more widespread use of the campaign material across the gambling sector.”

According to independent research conducted last year, the When the Fun Stops, Stopcampaign has reached an estimated 82% of regular UK gamblers, with 33%, or an indicative 5 million adults confirming that it has helped them gamble more responsibly since it was launched in 2015.

The Senet Group has held the copyright to the: When the Fun Stops, Stop campaign since 2015, however it announced in April 2018 that it was waiving certain of these rights to ensure the entire gambling industry can make use of the material.

About the Senet Group

The Senet Group is a UK body dedicated to addressing problem gambling through consumer messaging such as: “When the Fun Stops, Stop”, and initiatives with leading operators to improve player safety.

The most recent survey of the reach and impact of the “When the Fun stops, Stop” campaign can be found here: