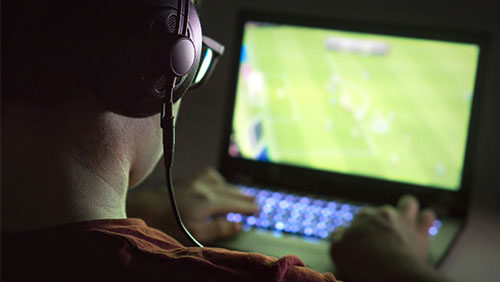 The World Series of Poker has entered into a partnership with UMG Media Group to bring competitive esports to the festival for the first time, and Michael Jukich is heading to the Global Casino Championships after taking down the Main Event in Baltimore.

I can imagine Benny, Doyle and the rest of the cigar-chomping, ten-gallon hat wearing, gun-toting poker players getting together over a beer in the final throes of the 60s discussing a way to find more fresh fish.

“Why don’t we create a World Series of Poker?”

“Fish from all over the world can come to Vegas, and we can show them a good time and take all of the money.”

“What will they do in between game, there are only so many whores.”

I doubt the founders of the most iconic poker tournament in the world had the foresight to set up Pong, Asteroids and Space Invaders, but that’s what’s going to happen at the 49th Annual WSOP shindig this summer.

Beginning May 29, the WSOP and UMG Media Group (UMG) connect to bring the best esports titles to the Rio All-Suite Hotel & Casino for the first time.

It’s a move the poker players should receive well given the rise in popularity of esports {and let’s not forget, poker players are people who play a game for a living}.

Throughout the 50-days of the WSOP, over 250,000 people will now have the opportunity (fans and players alike) to get involved in competitive esports and video game titles as they wait for the sound of ‘Shuffle Up and Deal’ to boom out of the speakers.

In a press release that landed in my now defunct Gmail account, Dave Antony, CEO of UMG, spoke of his excitement of bringing competitive gaming to the WSOP for the first time, and how they would manage the tournaments via UMG’s groundbreaking app.

The plan goes a little something like this – download the UMG app via the Apple Store or Google Play before the WSOP kicks off, and UMG will keep you updated on live tournaments on a daily basis.

If you want Pong, Asteroids and Space Invaders, I am sure they could hook you up. 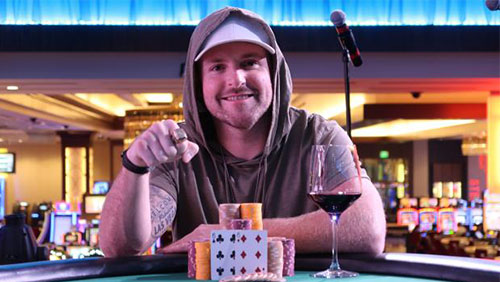 I’m starting to think that playing poker is a little like having a baby. You hear it all the time. A couple can’t have a child. They go through IVF and joy follows. Then within a year, completely relaxed, they find out they are pregnant again.

“I wasn’t even going to play this event,” seems to be a standard response for a winning player during his post-match interview.

Maybe I am just filling space in my article with fluff.

Either way, Michael Jukich didn’t plan on playing the $1,675 World Series of Poker Circuit (WSOPC) Main Event at the Horseshoe Baltimore. At the last minute, Jukich’s pals in his local home game took pieces of him and so he got involved.

The event attracted 513 entrants, and Jukic beat Jeremy Stein in heads-up action to take the $165,438 first prize. The victory ranks as the first of his career, although he did finish runner-up to Rex Clinkscales in a WSOPC Main Event in Philly back in 2013, and 12th the year Barny Boatman won his first bracelet, so you can see why his mates had faith in him.