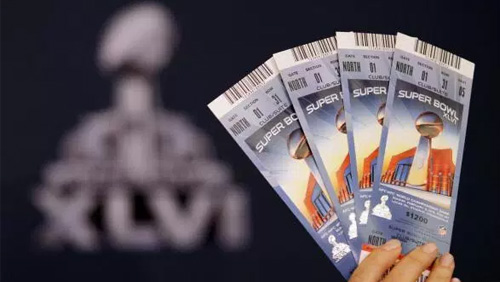 Disgraced high stakes poker, Ali Fazeli, will not face the beak to answer for the crimes of Summit Entertainment Group for quite some time after the sheer volume of investigative data causes the judge to postpone the trial date.

Three of my grandparents have died. One remains, in her 90s. I saw her the other day. She looked like Davros, the leader of the Darleks. I pictured her going home, opening a coffin, releasing triplet vampiric babies to feast on her body, and thought that was the likely reason she was still alive.

I don’t miss any of the other three grandparents. I don’t think anybody does. The speed at which we forget those that lived and then died is astonishing. It makes you question your worth. You die, everyone cries, and the following day, as they dig around your possessions fighting over your old record collection, they complain about the latest garbage strike.

Nah, nobody misses you.

And I wonder if these thoughts fill Ali Fazeli’s mind? A dead man walking, on a $120,000 bond, contemplating how he will react to a life behind bars?

Tickets to the Superbowl Anyone?

We’ve all been there, sitting by the phone, hoping to be the first of 300,000+ to purchase a ticket to Glastonbury Festival, Burning Man or whatever pulls your plonker. After 20-minutes of nothingness, you give up. All gone.

But you need to be there.

You need this before you die and everyone forgets you.

Had you been living in Las Vegas circa 2015/16 you may have found a company called Summit Entertainment Group, promising to lick your wounds.

Summit Entertainment Group belonged to Ali Fazeli, a rare piece of value in the ARIA high stakes poker puzzle. Fazeli has won more than $2.3m playing live tournaments, most notably the ARIA High Rollers where between 2015-16 he notched up eight top-three finishes, including three wins.

And it’s at these games that Fazeli leveraged his relationships to turn Summit Entertainment Group into a Ponzi scheme.

Seidel, Juanda and Clark Oh My!

Court reports indicate that between 2015-16, Fazeli embezzled $6.2m from investors who believed his cock and bull story that Summit would purchase high-value sports and entertainment tickets and sell them at a profit to desperate consumers.

Amongst his victims were the high stakes poker players Erik Seidel, Zachary Clark and John Juanda. CardPlayer magazine revealed that Seidel and Clark both invested $500,000 each, and Juanda handed over $300,000 after Fazeli convinced them he had acquired 2,800 tickets to the 2017 Superbowl.

The FBI alleges Fazeli used the money to live the high life, including spending a fortune gambling in the Bellagio and the ARIA.

CardPlayer Magazine seems to be the lead source on this story for now. In their latest update, court papers collected by the poker mag, show that Fazeli’s date with the beak (anticipated for May) will stretch to April 2019.

The delay in proceedings is due to the vast amount of information both sides of the argument have brought to the table.

It’s not only the FBI who is on Fazeli’s case.

Seidel, Clark and Juanda have gathered their resources to pursue a civil lawsuit in a bid to collect the lost $1.3m. The ARIA and Bellagio have united to retrieve $1.1m in unpaid gambling credits handed to Fazeli in good faith. And a man called Stephen Moreschi is also suing Fazeli in a civil case, the details of which elude me.

Fazeli has pleaded not guilty.

If the judge doesn’t believe him, then he could face 40-years in prison. But we’ve seen these cases before. Usually, the judge pulls the perps pants down, smacks an arse until it turns purple and then hands them a whopping fine.

We forget all about them and move on to the next scam.