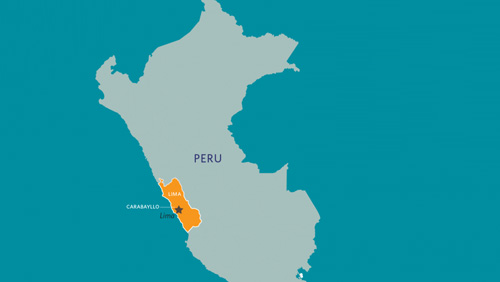 Sun Dreams SA, born out of a partnership between South African casino company Sun International and Chile’s Dreams SA, is now officially the proud owner of four casinos in Peru. Thunderbird Resorts Incorporated handed over the keys in a deal that was first announced last October, G3Newsire reported. While certainly not the most expensive casino deal ever recorded, not many would balk at the chance to pick up $26 million in cash, which Thunderbird received for the sale.

The four casinos include the Luxor Casino Lima, Fiesta Hotel and Casino Lima, Mystic Slots Cusco and Luxor Casino Tacna. The deal was initially expected to be finalized in January, but was delayed over regulatory hurdles and “transactional conditions.” In a statement provided to the Chilean Financial Markets committee, Sun Dreams’ General Manager Jaime Wilhelm said, “The purchase is part of Sun Dreams SA’s international expansion plans and is expected to have a positive impact on the company’s results, due to the incorporation of assets that generated revenues in the last 12 months of approximately US$19.6 million and the extension of the average duration of the company’s gaming licenses as a result of a regulatory framework that delivers continuously renewable gaming licenses.”

Thunderbird was founded as International Thunderbird Gaming Corporation in 1994, and started by providing equipment and expertise to the Native American casino markets. It opened its first casino in Guatemala City, Guatemala, in 1997 and followed that up the following with a 20-year contract to operate four casinos in Panama. Over the years, it expanded to other Central and South America countries and subsequently changed its name in 2005 to Thunderbird Resorts.

Thunderbird isn’t exiting the gambling business completely. It still operates other casinos in various Latin American countries, as well as a mixed-use, 19-story tower in Lima, Peru. That building houses a hotel with 66 suites, 58,125 square feet of leasable office space and 158 underground parking spaces. Thunderbird plans on releasing its 2017 Annual Report by the end of this month, in which it will detail what it plans for its remaining assets. It is traded on the Euronext Amsterdam under the trading symbol TBIRD.