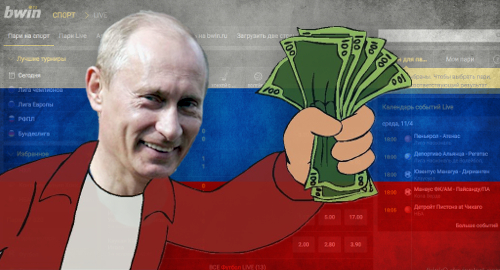 Russia’s online sports betting operators will likely have to wait until after the World Cup to enjoy a simplified customer registration process.

In late March, Russian legislators introduced Bill No. 423799-7, which aims to, among other things, streamline Russian’s notorious two-stage online sports betting account registration process, which Russian-licensed bookies have long complained puts them at a disadvantage to internationally licensed gambling sites not subject to the same restrictions.

At present, Russian punters must register online with both a licensed bookmaker and the centralized payment hubs known as TSUPIS, and then traipse on down to a land-based betting shop or retail payment partner location to physically present documentation proving their identity. This presents no shortage of barriers, particularly for bettors in rural areas where these retail locations are sparse or nonexistent.

Under the proposed system, the TSUPIS hubs would be given the authority to authenticate a bettor’s identity on their own. The hubs would be given three business days in which to forward their approval (or non-approval) to the online bookmaker, after which the punter would be cleared to open an online betting account and wager to his or her heart’s content.

The Committee for Economic Policy, Industry, Innovation Development and Entrepreneurship previously announced that it will accept feedback on the bill until May 10. On Monday, the Committee announced that it hoped to present the bill to the State Duma for consideration by the ‘spring session’ scheduled for June.

Trouble is, Russia takes on Saudi Arabia in the opening match of the 2018 FIFA World Cup on June 14, meaning that, barring a miracle, the changes aren’t likely to be in place until the tournament is either well underway or already finished. Still, better late than never.

The bill’s other components include tightening advertising rules to require bookmakers to strike formal deals with sports bodies and competitions in order for bookies to use the events’ logos or names. There’s also a provision that would require a bookmaker to commence operations within one year of being issued a license, while any bookmaker that suspends operations for a full year would have its license revoked.

Separate from the legislation, Russia’s Federal Tax Service and the Rosfinmonitoring agency have reached an agreement that gives them greater access to monitor bookmakers’ financial dealings with their customers to ensure the operators aren’t being used for purposes of money laundering, terrorist financing, etc.

On May 25, Russia will begin enforcing rules requiring banks and other financial institutions to cut ties with any payment processor facilitating the movement of funds between Russian punters and internationally licensed gambling sites.

Last month, The Stars Group warned that Russia was one of the top-six markets of its flagship PokerStars brand, and that the company was drawing up a “robust mitigation plan” to deal with the expected fallout of the new restrictions.