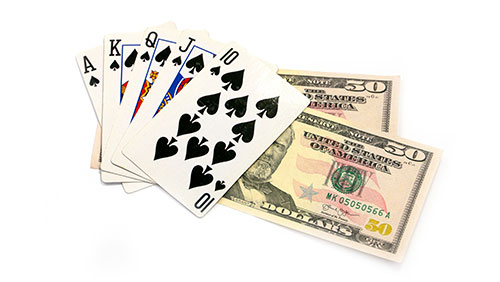 The poker industry continues its Robin Hood persona with another group of poker players looking to donate a significant lump of change to effective charities.

I had never heard that saying before I accidentally discovered a world where people play poker for a living. Daniel Negreanu wants you to watch Unacknowledged a Netflix documentary about aliens. But we don’t need a Hubble telescope to see an alien civilisation. Poker is it.

The fuck my life phrase is, of course, a joke. All poker players whether they win or lose know in the lining of their gut that they are incredibly privileged to call professional poker a career.

When I first found this strange world. I parked my spaceship, wandered into the neares

t cardroom and took a seat. Almost immediately, an innate desire to take everyone’s money so I could pay off my gambling debts invigorated me in an amphetamine-like way.

It was a rush.

Then came the losses.

The eagerness to over-extend and play longer than I should.

The flip of a coin.

It can be all things to all people, but in the past few years, a new clan has emerged from the pit to turn poker into something quite remarkable. It began with the idea that in using rational, evidence-based decision making, we could turn our poker winnings into a vehicle for saving the lives of earthlings.

The poker community had discovered the secret sauce of meaning and purpose.

At the fulcrum of this movement is Raising for Effective Giving (REG). The pioneers. The brave ones. The people who didn’t just read Doing Good Better they went out into the world and took action.

We take very few vows in our life.

To take a vow to be an effective altruist is no different. A lifestyle shift occurs. Friendships evolve as your core values shift in priority. You begin watching money syphoned from your payslip, and feel happy that it’s going to someone or something other than your material comfort.

Since 2014, these incredible people have grown a movement that now houses over 500 members, and with immediate effect five of them are teaming up to create the Spring Matching Challenge.

A matching challenge is simple.

A person(s) agrees to match donations during a specific period up to a ceiling. In this case, the people are online poker pros Chappolini, Donthnrmepls, FMyLife, ValueH and Xx23xx. The period is from now until April 30, and the ceiling is $300,000.

All money raised will benefit these seven cost-effective charities, all given the green light by the charity evaluator GiveWell.

A statement from the group reads:

“More and more people are realising that it makes sense to look at the impact when deciding where to give. With this challenge, we want to nudge people, even more, to give to high-impact choices. Together we can tackle some of the biggest problems that we’re facing now and going forward.”

You can donate via the REG website, or directly via the website of any of the above charities as long as you email your receipt to [email protected]. Use that same address if you want to donate more than $50,000 as the team would like to talk to you beforehand.

REG’s vision is to help create a world where all people use evidence and rationality to have the biggest impact with their philanthropy. The last time they supported a matching challenge was in December when Dan Smith and the Crowley Brothers raised $4.3m for effective charities.

Put down your telescope.

Stop searching for life, and instead, help to save it.

PokerStars caring for the future of humanity via REG
Lee Davy
14 September 2017
.