Lottery betting operator Annexio has appointed Michael Hazel as a non-executive Board member. 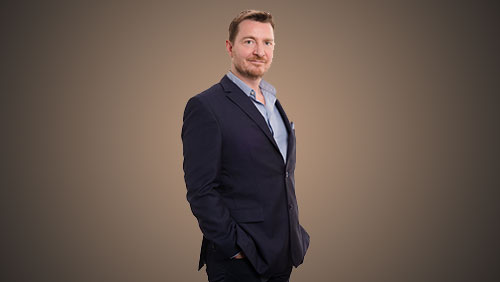 With 25 years’ experience in the technology and online industries, Michael has worked with some of the biggest names in the business at a global level and brings valuable international perspective and operational insight to the Annexio Board.

A qualified Chartered Accountant, Michael began his career with Deloitte in Dublin, Ireland, before moving to Melbourne in Australia to work for Motorola and BHP.  He was then recruited by software giant Microsoft, undertaking a number of international assignments prior to moving to Microsoft’s international headquarters in London where he was appointed Finance Director of its online business MSN. Responsible for the region covering China, India, South Africa, Latin America and Canada, he set up new market strategies and managed a number of joint ventures in these countries.

In early 2006 Michael joined PokerStars, part of the Rational Group, as Director of Financial Planning and Analysis. He spent 10 years there during the company’s expansion into many new markets across Europe, Latin America and Asia, seeing its global market share increase from 16% to over 70%. Appointed Chief Financial Officer in 2012 he  was the project lead for the sale of the company in August 2014 to AMAYA for $4.9 billion. He was then promoted to Chief Executive Officer of Rational Group and assisted in the transition to the new ownership.

Commenting on his new appointment, Michael said: “I am excited about joining at a time of explosive growth for Annexio. I have great belief in the group’s Executive Management team, led by the founder Tom Brodie, and consider the company to be in a prime position to continue as a leader in the secondary lottery business and capture a significant market share in the coming years.”

Annexio founder Tom Brodie added: “Michael’s experience in working with some of the biggest players in the online information and gaming space will be extremely relevant as Annexio moves forward with its ambitious growth plans.

“He has a thorough understanding of the financial and business management infrastructure that enables companies to grow quickly into new international markets, as well as the banking and gaming industry contacts to assist in future deals to complement the current business. I am very pleased to welcome Michael to the team.”

Annexio Limited is a lottery services business that gives customers the chance to play in some of the biggest jackpots worldwide. The company has been trading for over three years and in this short time it has seen the team grow rapidly.  In 2013 it was the fastest growing online gaming company on the Isle of Man and it now operates as one of the world’s leading syndicate entry lottery operations. The company is proud to offer a good mix of products through either syndicate entry or line entry play as well as offering its services through business facing websites and consumer websites.