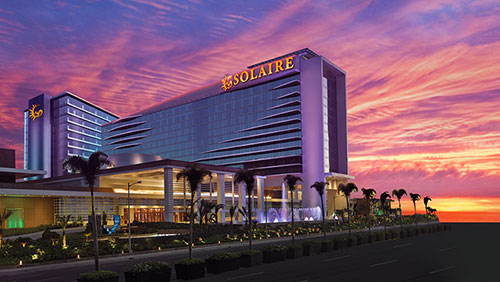 Takara Gaming Group said it has reached an accord with Bloomberry Resorts’ Solaire Resort & Casino to provide its gaming machine on the casino floor.

Solaire is one of the most successful entertainment resort in Manila, the capital city of Philippines. The casino floor in the Manila resort has generated total of USD 728 million gross gaming revenue in 2016, which is the highest amount since it opened in 2013. In recent years, the casino & gaming sector in the Philippines has been growing rapidly, it is expected that the Philippines casinos will generate gross gaming revenues of USD 6 billion by 2018, which would put the country among the top four in the world.  This again proved the market is in demand for games that can fulfill the entertainment needs of the rapid growing VIP and middle class visitors from countries around the region.

TGG’s CEO & CO-founder comments “TGG has always been eyeing the potential of the Philippines market and with this agreement, it places TGG in the best position to expand the Asian VIP and the rapid growing Middle Class market, who spent billions in casinos every year. We are excited to distribute sophisticated Asian Focus entertainment experience for players from game developers around the globe, and embedding state-of-the art GLI-approved technology towards Solaire’s casino floor through this agreement.”

The success deployment in the Philippines is expected to enlarge TGG’s Asian VIP and the rising middle class focused entertainment products presence around the region, and unlocks the new pathway towards other countries including Macau in the near future.

About TGG
TGG is the world first VIP and middle-class focused game distributor for casino entertainment.  TGG offers casino operators with significant freedom and flexibility to acquire games using the TGG’s global game IP library that meet global regulation requirements at only a fraction of the deployment time and cost.  As of today, TGG has over 20 partners with innovative gaming titles pending deployment to casinos in 10 countries around Asia, Europe and Latin America.