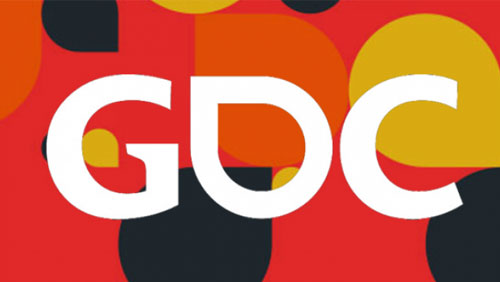 The 31st annual Game Developers Conference® (GDC) is taking place next week in San Francisco.  TGG, a pioneer in open platform for real-money gaming, is proud to be the exhibitor alongside with the gigantic global game creators including Playstation, Tencent, SEGA, Nintendo and 27,000 attendees from around the world for learning, inspiration and networking.

TGG will address the future of real money gaming and how to bridge the gap between the game studios and the new players segment, who are going to be the trendsetter for the new economy, by application of technologies like AR (Augmented Reality) and AI (Artificial Intelligence), which could be forecasted in the new trend of casino gaming.

“We’re proud to present TGG’s pioneering open gaming platform, HIRO, to GDC visitors & media. Given that the real money gaming industry is a cash cow generating hundreds of billions revenue per day in a regulated environment, it is at the same time set with high entry barrier for new comers. HIRO is a fresh approach to foster innovation for the casino gaming industry, giving developers and gaming operators significant freedom and flexibility to bring to market new products that meet global regulation requirements faster and at a lower cost,” said Mr. Raymond Chan, CEO and Co-founder of TGG Interactive.

Added Chan, “the situation is the same for both gaming and game industries. The focus is shifting to the millennium who is going to be the trendsetter for the new economy. Application of technologies like AR could be forecasted in the new trend of casino gaming. Innovation is in high demand to create a new trend of gaming fun.”

TGG is bringing an open gaming platform HIRO to the market, a turnkey solution that allows developers and game studios to bring their creativity to the gaming industry, in one single creation and the developers can access both the Land-based and Internet Gaming markets, not to mention the company’s future development in the social platform combining Land-based and Internet together, which will create a new ecosystem to stay connected with players 24/7.  The new ecosystem is bringing in new waves of opportunities that you can imagine.

About TGG
TGG is an interactive entertainment company with a 3+1 “Land-based, iGaming & Social Media” Omni-channel open platform built on GLI -11 and GLI -19 gaming standards.  Powered by a vast library of over 200 casino gaming titles fuelled by creative ideas and technological innovations, TGG now has business partners in all 5 continents including Canada, Australia, Holland, Italy, Serbia, Peru, Mexico, Kenya, Macau, Taiwan, Korea, the Philippines and Cambodia.  Our mission has always been, and will always be, unlocking the fun of gaming in the new generation wherever located, via whatever devices.

About The Game Developers Conference®:
The Game Developers Conference® (GDC) is the world’s largest professional game industry event. The 2017 conference marks the 31st edition of GDC, making it the longest-running event of its kind. Presented every spring in San Francisco, it is the essential forum for learning, inspiration, and networking for the creators of computer, console, handheld, smartphone, tablet, mobile, and online games and creators of virtual and augmented reality for games and entertainment. GDC attracts over 27,000 attendees, and is the primary forum where programmers, artists, producers, game designers, audio professionals, business decision-makers and others involved in the development of interactive games and virtual reality gather to exchange ideas and shape the future of the industry. GDC is produced by UBM Game Network, a division of UBM Americas.