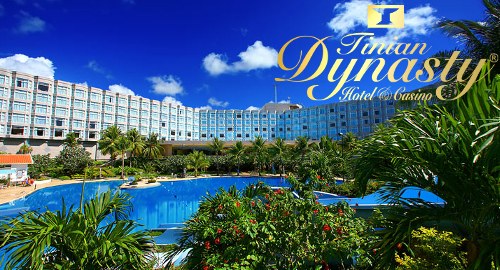 A mothballed casino on the island of Tinian is attracting attention from some Hong Kong investors, raising hopes of sparking the island’s struggling resort industry back to life.

On Monday, the Saipan Tribune reported that a group of Hong Kong investors had inspected the shuttered Tinian Dynasty Hotel & Casino, which closed in March 2016 after its previous owner Hong Kong Entertainment (HKE) filed for Chapter 11 bankruptcy protection.

Tinian Dynasty was acquired in mid-2016 by Tinian Entertainment Corp (TEC), a Tim Chen-led company that was of one of HKE’s principal creditors. However, the property has remained closed, in part due to TEC’s unwillingness to honor an unpaid $75m fine assessed against HKE by US financial watchdog FINCEN for “willful and egregious” anti-money laundering lapses.

On Friday, Chen brought eight other Hong Kong investors to Tinian, part of the Commonwealth of the Northern Mariana Islands, in the hopes of convincing them of the potential of the island’s resort industry. Chen said he and the investors planned to meet with Tinian Mayor Joey Patrick San Nicolas to discuss their options.

The flight on which Chen arrived was the first direct charter flight from Asia to the recently completed Tinian International Airport terminal, and Tinian Governor Ralph Torres and other dignitaries were on hand to welcome Chen’s private jet.

The opening of the new airport terminal adds extra urgency to Tinian Dynasty’s reopening, as its 435 hotel rooms would offer international guests a suitably stylish place to call home during their trip. Other integrated resort projects on Tinian have been announced but actual progress in making these plans a reality has been slow.

Chen said he hoped Tinian Dynasty would reopen “as soon as possible” but reiterated his unwillingness to pay the stiff financial penalty imposed by FINCEN on HKE. Chen told the Tribune that he’d “hired some lawyers in Washington, DC” and that he hoped the impasse could be resolved “soon.”