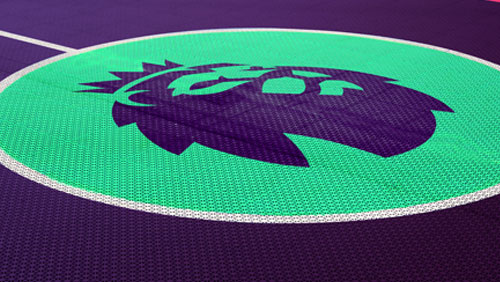 A review of the tenth week of Premier League action including wins for both Manchester clubs and Everton remain in the bottom three after another defeat, this time against Leicester.

Mauricio Pochettino got the hump when Pep Guardiola suggested that Spurs was a one-man team, but when you lose a striker who has banged in as many goals as Harry Kane, you are always going to look like a coat hanger shorn of a snazzy shirt.

It wasn’t a game for the purists; tight and tense, with most of the chances coming from the home side. The first half whizzed by without incident, and as the rain poured into town, United moved up a gear.

Romelu Lukaku saw one fine run and save deny him before a towering header struck the bugs hanging around in the grass at the stump of the post. Then with 20-minutes remaining, Jose Mourinho upset the crowd by replacing Marcus Rashford with the French striker Anthony Martial.

The crowd were upset with the decision, many of them rightly feeling that maybe Lukaku should have left the field, but it’s a good job United fans don’t call the action like over at United London FC.

With nine minutes remaining, David De Gea booted the ball down the field, Lukaku flicked it on, and the speedy Martial raced onto the end of it before slotting the ball past Hugo Lloris for the winning goal. It was Lukaku’s tenth contribution to a Premier Goal this season (seven goals and three assists), equal with Sergio Aguero.

It was the perfect tonic for United after their abysmal performance away at Huddersfield last week. The Reds have won all five of their home games without conceding a goal, and with 43% of their goals coming in the final ten minutes of matches they are showing grit and determination.

Spurs won’t be to dismayed by the performance. The team functioned well and had Dele Alli been brave enough to go with his head instead of his foot when a six-yard opportunity fell to him they could have left with a point.

United extend their lead over Spurs to three points.

Despite United beating Spurs, the gap at the top remains five points after their neighbours Man City beat West Brom by two goals to one at The Hawthorns.

A frustrated Pep Guardiola said after the match, “We need to be more clinical if we are to win titles.”

Man City has won their last eight games in the league by an aggregate score of 32-5, showing the high standards expected by arguably the world’s best manager.

One thing is for sure at City games; you need to be in your seats at kick-off. Leroy Sane opened the scoring after ten minutes with a wicked left foot drive. It was the young German’s eighth goal of the season, and he has now had a hand in 11 Premier League goals.

City only held on to their lead for two minutes when bad defending from the City centre halves allowed Jay Rodriguez to sneak in behind the backline before lobbing the ball over the onrushing Ederson. And then it was City’s turn to strike back within a couple of minutes when a deflection from a long-range Fernandinho strike found the back of the net.

The Blues got their two-goal cushion in the 64th minute when a beautiful team move saw Raheem Sterling score his ninth goal of the season from close range. David Silva (twice) and Kevin de Bruyne both missed gilt-edged chances, allowing Matty Phillips to give them a scare when he scored after some bad decision making from Nicolas Otamendi.

But City held on for their eighth successive Premier League win, 21 unbeaten in all competitions, a club record. West Brom, on the other hand, continues to look like an old woman covered in warts. Tony Pulis’s side ha gone eight matches without a win, and are a couple of points above the relegation zone.

Maybe this is the year they return to where they belong?

Controversial midfielder/football pundit, Joey Barton, called Everton’s stand-in manager, David Unsworth, a glorified PE teacher who shouldn’t be in charge of a men’s team after Everton remained rooted in the bottom three after a defeat to Leicester at the King Power. It was the second loss under Unsworth’s temporary charge after losing to Chelsea in the League Cup in midweek.

“He’s not a manager; he doesn’t look like one.” Said Barton, who also commented on Unsworth’s weight.

Unsworth later said he doesn’t care what Joey Barton has to say, but they will be words that will reach the ears of the Evertonians who will choose the next permanent manager, and judging by this display, it’s going to be a tough job.

Leicester opened the scoring after a scintillating break from the back from Demarai Gray. The young English starlet ran the full length of the pitch before setting up Riyad Mahrez to square the ball to Jamie Vardy who scored his first goal in five games. It was the ninth time Mahrez had put the ball on a plate for his teammate in the Premier League.

The second came 15-minutes before half time. Once again it was Gray causing all the problems with a wicked cross from the left, and Jonjoe Kenney sliced the ball haplessly into the back of his net to give Claude Puel a win in his first game in charge. Leicester has now won all three games since they sacked Craig Shakespeare.

Here are the rest of the weekend’s results: