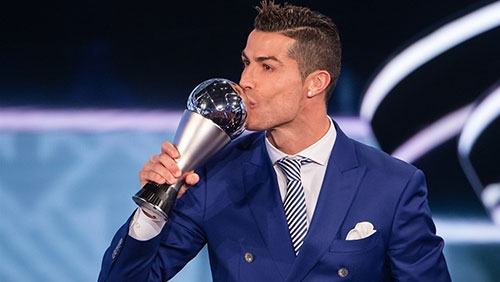 Cristiano Ronaldo won the FIFA Best Man award for the second successive season on a night that saw players, managers, and fans fail to acknowledge David De Gea as one of the world’s top 15 goalkeepers.

I wonder if the players who voted in the Best FIFA Football Awards understood that the voting process was transparent?

I mean, come on, talk about nepotism.

Cristiano Ronaldo won the FIFA Best Man award for the second successive year, beating Lionel Messi and Neymar Jr by a landslide. The story of the night was the decision by both players NOT to vote for each other. The story should have been the clear bias with players from top clubs voting for their buddies and managers, with a few clear exceptions.

Speaking to a packed house at the Palladium Theatre in London, Ronaldo paid tribute to both Messi and Neymar before thanking fans, his teammates, Zinedine Zidane, and Florentino Pérez.

“It’s a great moment for me,” said Ronaldo, referring to picking up the award in England, “I’m so happy guys.”

The voting process saw captains and managers of the national sides, as well as a select panel of media representatives,  voted for three players each. Ronaldo picked up 43.16% of the votes, Messi took 19.25%, and Neymar 6.97%.

The result was an expected one. Ronaldo scored 44 goals in 48 appearances for club and country last term (33 for Real and 11 for Portugal). The Madrid star also won La Liga and the Champions League. He is also the current Ballon d’Or winner.

It’s only the second time that FIFA has awarded the Best Man. Last season Cristiano Ronaldo beat Lionel Messi (2nd), and Antoine Griezmann (3rd) to take it down.

And The Winner of The Other Awards Were?

Real Madrid coach Zinedine Zidane won the best coach award with ease picking up 46.22% of the votes. Chelsea’s Antonio Conte was second with 11.62% of votes, and Juventus coach Massimiliano Allegri was third with 8.78% of votes.

Most votes went according to plan, but there were some stinkers.

Andres Iniesta made the FIFA FIFPro World XI for the ninth consecutive year despite missing most of the qualifying period through injury.

Here is that XI: 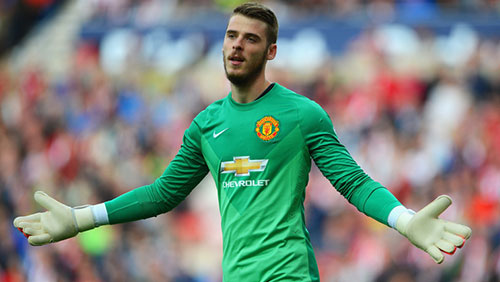 And then there was an absolute howler in the Goalkeeper of the Year Award. Man Utd’s David De Gea, the greatest goalkeeper on the planet, received 0% votes, meaning he didn’t even make the Top 15?

Arsenal striker, Olivier Giroud won the Puskas Award (Best Goal) for his scorpion kick goal for Arsenal against Crystal Palace, and that was the only mention the Premier League received all night.