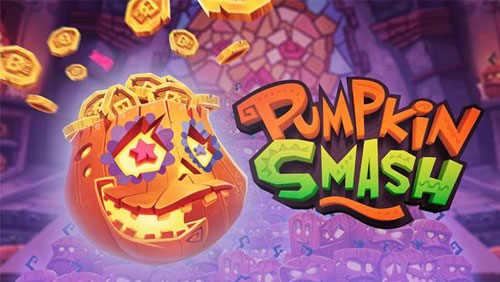 October 24, 2017 ­­–  Yggdrasil Gaming’s new slot is far from a Halloween horror, with the supplier serving up a colourful Day of the Dead-themed fiesta of colours in Pumpkin Smash.

The new slot challenges players to hit sugar skull paylines and bonus game pumpkins for prizes, and is themed around the famous Mexican holiday.

Getting at least two bonus pumpkins in the base game takes players to the Free Spins round where they can smash pumpkins to reveal an endless stream of prizes, ranging from simple coin wins, to symbol multipliers and extra Free Spins.

Head of Slots at Yggdrasil Gaming, Jonas Strandman, said: “Opening a gift to see what is inside is a popular feature in all types of games, and we have integrated this mechanic in an innovative new fashion in Pumpkin Smash.

“The bonus is both frequent and rewarding, with the pumpkins regularly containing free spins. Combined with simple rules and a familiar concept, this is a great game for beginners.

“The slot is also visually stunning, with dazzling colours and sharp audio combining to create an engaging Day of the Dead holiday feel.”

One thousand cash prizes will be given away between the 27th October and the 1st November, with any spin having the chance to trigger an instant cash reward.

Try the game for fun: https://yggdrasilgaming.com/games/pumpkin-smash/