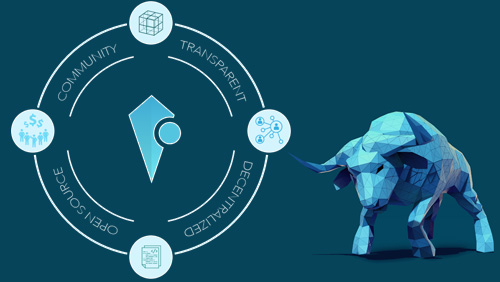 VIENNA, AUSTRIA — herosphere, the developer of the popular online esports prediction platform, has developed a cryptocurrency, HERO. The company issued the ethereum based HEROcoin on September 14th, which participants will use to predict the outcome of a variety of events and compete against friends for winnings. The decentralized coin puts control of the money flow in the hands of the community, cutting out any greedy middlemen. herosphere has added notable names to their advisory board and investor list, including Andreas Petersson, developer of the popular bitcoin wallet, Mycelium and a lead blockchain developer; Michael Altrichter, Business Angel, HitBox investor, and Co-Founder of paysafecard and payolution; and Hubertus Thonhauser, former CEO of Casinos Austria International.

During the ICO, participants were able to purchase the HEROcoin for Ether. The value of the coin will be decided by the market-variable exchange rate. The HEROcoin makes herosphere’s platform completely transparent and decentralized. Eventually, any gaming platform will be able to adopt HERO to enhance their players’ experience. Users will use HERO on herosphere to predict the outcome of esports games, such as League of Legends, CounterStrike, and DOTA 2. However, as more platforms implement HERO, the coin will be used not just for esports, but for everything from sports competitions to who will sit on the Iron Throne. Prediction contests can be created for the entire HEROcoin community or a specific group of friends, depending who first opens the pool. Holders of HERO will be able to liquidate their holdings by trading them on an exchange as soon as it’s listed.

One of the coin’s most unique features is that just by holding HERO in reserve, users will earn more coins without participating in a pooling event. Whenever users enter a contest there is a pot. For example, if 5 people compete against each other with a buy-in of 20 HERO, then there is a pot of 100 coins. The smart contract behind HERO automatically takes a minimum of 1% of the initial pot and gives it to the community. In this case, that 1% means that 1 HERO is spread across all HERO holders. The more HERO a user is holding, the higher share percentage from the 1% he or she will receive.

Unlike on traditional gaming platforms where users compete against an unknown middleman, the implementation of HEROcoin on herosphere allows the community itself to become “the House.” Participants will compete only against themselves: if one user loses, another user wins, so the money stays within the community. Using smart contracts to enable secure and reliable processing, payouts will be processed by the ethereum blockchain, so transactions are publicly verifiable, viewable, resistant to counterfeit, and not subject to the risk of institutional processing. Payouts are based on the crowd size participating in a certain prediction contests, as well as initial pledges. herosphere offers transparency and tangible incentives, solving the fundamental problem of betting as we know it today.

“We are thrilled to announce our plans to launch HEROcoin on the blockchain as an ethereum based peer to peer coin,” said Paul Polterauer, CEO and Co-Founder of herocoin.io, “There are many fundamental problems in betting and gambling industry today. herosphere, a trustworthy, transparent, and initiative oriented platform, will use HERO to revolutionize the gambling world as we know it.”

“I invested in herosphere because of its vision to solve a fundamental problem in the betting industry today, by cutting out middlemen and toll-takers like bookmakers, and giving more power to the customer,” said Hubertus Thonhauser, former CEO of Casinos Austria International. “The company provides an online peer to peer prediction platform secured by the immutable ethereum blockchain technology.”

herosphere allows for two or more parties to interact with each other and fulfill contracts without a trusted third party. Usually on most gaming platforms, the House always wins by arranging the odds accordingly, but with herosphere, money stays within the community itself. herosphere generates smart contracts using the HEROcoin, that allow users to interact directly with each other and keep the process, payment circles, and money flow secure, transparent and immutable. The main focus of the platform is esports, allowing gamers and fans to predict the outcomes of their favorite online games against each other, without having to worry about a third party controlling the cash flows. Learn more at https://www.herosphere.gg/.

Gambling Business during a Quarantine Period: Forecasts and Actions
Press Releases
20 hours Ago