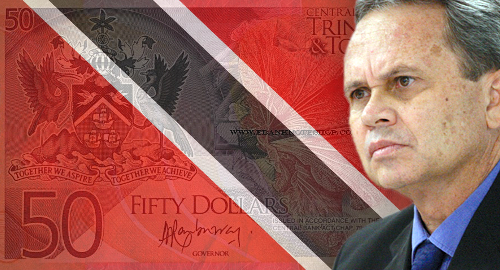 Gaming operators in Trinidad and Tobago are protesting the government’s new tax plan, which will see most fees double by 2018.

On Monday, Trinidad and Tobago’s Finance Minister Colm Imbert (pictured) unveiled his budget presentation for the 2017-18 fiscal year. Saying these were “unusual times which call for major changes in policies,” Imbert said the situation required “serious adjustment for all” and warned that the new measures “will be strictly enforced.”

The budget imposes a new 10% tax on players’ lottery winnings that will take effect on December 1. The National Lotteries Control Board (NLCB) reported last week that it had enjoyed its highest ever profits in 2016.

Among the other changes is a flat fee of TTD 120k (US $17,820) on each electronic roulette machine in local bars. Other amusement machines in bars will see their fees double to TTD 6k ($891).

As for the nation’s dedicated gaming halls, their annual slot machine fees are doubling to TTD 24k per unit, while other gaming devices will double to TTD 60k. The import tax on electronic gaming machines will also rise from its current 20% to 40%.

The T&T Private Members’ Clubs Association was quick to respond to the budget announcement, issuing a statement saying the government had “singled out the gaming industry as one of the few areas of the national economy as a source of taxation revenue to bear the burden of the nation’s economic challenges.”

The group went on to warn that “thousands” of workers “will be affected by this inhumane increase” while questioning whether “the Ministers in their Ivory Towers” understood the full ramification of their actions.

Industry spokesperson Sherry Persad said the new changes would have a “catastrophic and horrific” effect on the local industry, and that many gaming operators would be forced to close their doors.

Imbert claimed the changes were necessary due to what he described as extremely low tax compliance by the nation’s members’ clubs and amusement gaming operators. Imbert claimed only around 10% of operators pay the current taxes and that as a result the government collects “virtually nothing” from the industry.

Persad responded with some bitterness that the new policy would only penalize the 10% of operators who are currently paying taxes, and questioned what the government was doing to actually collect the taxes. “If you allow people to operate without paying their taxes, who is to blame?”

Imbert also complained that international online gambling operations were siphoning up to US $200m per year in capital outflow from the islands. But if local land-based operators are required to pay higher taxes, they will inevitably pass these costs on to the customers, which will only encourage players’ use of more cost-effective online gambling alternatives.