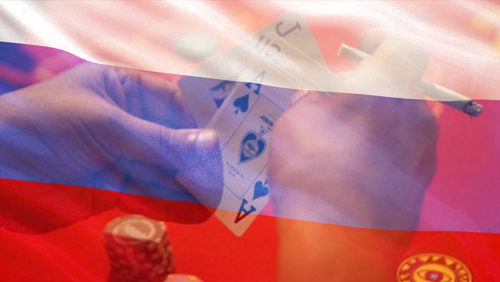 Russian authorities swooped down an underground casino operating in a hotel owned by the deputy of the Chelyabinsk City Duma.

Chelyabinsk Park City Hotel belongs to the family of local businessman Alexander Karelina. Karelina is married to Marina Karelina, who is the deputy of the Chelyabinsk City Duma and director of Park City.

There are at least six gaming zones in Russia and Cherlyabinsk, which is the administrative center of Chelyabinsk Oblast, is not among the six gaming zones. Only four of the six gaming zones hold gambling-related activities. These zones are Primorye, Siberian Coin, Amber, and Azov-City. The fifth gaming zone will be opened in Sochi while the last gaming area will be put up in Crimea.

According to the Russian siloviki, they confiscated five poker tables, a roulette table and three thousand chips. The Chelyabinsk deputy has yet to comment on the issue.

This is not the first time that the siloviki busted an illegal gambling operation in Chelyabinsk Park City Hotel. Authorities said that the hotel was raided in December 2014 and illegal gambling equipment was seized.

They learned that the illegal casino has notable VIP clients, including the son of Yuri Gusak, the ex-Head of the Criminal Investigation of the Central Internal Affairs Directorate in the region. The prosecutor’s office estimated that the income of the underground casino for less than a year of operation amounted to at least 6.2 million rubles ($109,600).

A case for violation of item (a) part 2 of Art. 171.2 of the Criminal Code (Illegal Organizing and Conducting Games of Chance, connected with deriving a particularly large income), was lodged against a certain Martin Tsekov, the alleged operator of the illegal casino.

Marina, being the owner of the hotel where the illegal casino was discovered, washed her hands of the incident, saying she did not know what kind of business the people renting her hotel rooms were up to.

“The tenants signed the lease agreement in the summer and it implies that we are not responsible for their activities,” said the director of Park City Hotel.