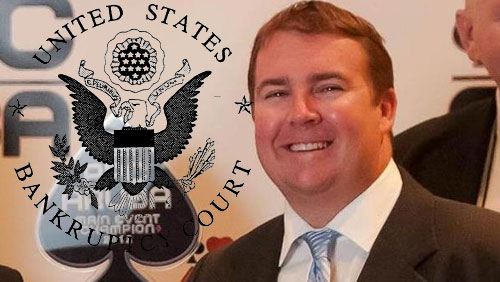 Bryan Oulton, the co-founder of the Players Poker Championship, has filed for bankruptcy in the face of a debt load that exceeds $890,000 while only holding $414,678.03 in assets.

Bryan Oulton, the disgraced co-founder of the Players Poker Championship (PPC), has filed for Chapter 7 Bankruptcy in the US Bankruptcy Court for the Southern District of Florida, according to an article that appeared in Flushdraw.

The news surfaces four months after a thread on the 2+2 Poker Forum highlighted cash out discrepancies for the players who made the final table of the 2016 PPC Aruba World Championship that took place in November.

The $2,400 buy-in event was the apex of a series of live events hosted by casino partners of the PPC including Maryland Live, The Isle Pompano Park, and Tampa Bay Downs. Tournament organisers guaranteed a $500,000 prize pool, and they barely made it with 266 entrants providing over $30k in breathing room.

The 2+2 thread alleged that several players had attempted to cash out but were told by officials that they could only collect $10,000 and would forward the rest at a later date. The team used legal regulations relating to the island of Aruba as an excuse, but people waited, and the money never arrived.

The Players Sue The PPC Owners

Rather than wait for the PPC debacle to turn into another Ultimate Bet, Absolute Poker, or Full Tilt scandal, five of the players who had not received their winnings decided to sue the PPC, the co-founders Bryan Oulton and Thomas “Sandy” Swartzbaugh, as well as a select number of casino partners.

Both Oulton and Swartzbaugh went into hiding after allegations started flying around that the PPC was using buy-ins from their tournaments to pay the winners of the previous events in a rob Peter to pay Paul mentality.

The Nitty Gritty of the Bankruptcy Filing

Oulton’s bankruptcy filing is the first time anyone has seen or heard of either of them since the troubles started brewing. According to Haley Hintze’s excellent research, Oulton owes close to 200 creditors the sum of $891,701.42 and only has $414,678.03 in assets.

When you consider that $338k of the total assets is the equity in his current Floridian home, if his filing is successful then close to 200 creditors are going to be upset.

The amount owed to Deutsch if the second largest amount on the bankruptcy filing. The most considerable amount owed was a loan of $259,600 from the Small Business Owners of America (SBOOA).

The filing also declared that Oulton is not bringing in any income at this time.

The next stage in the proceedings will be a Q&A session between the case trustee, debtor, and the creditors. The meeting typically takes place between 20-40 days after the filing. The filing date was 9 April.

The only thing preventing Oulton from using his Get Out of Shit Free Card is if the US Trustee determines that Oulton incurred the debts by fraudulent means, in which case Oulton will still be responsible for close to a million dollars in debt.