Home / Poker / PokerStars & WPT make love; do you want to meet the baby? 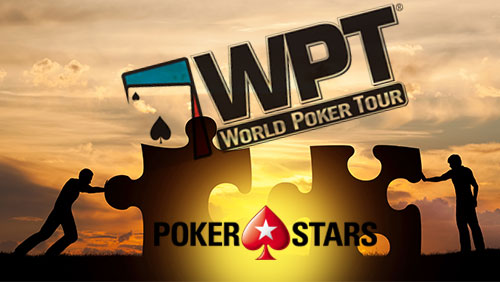 PokerStars and the World Poker Tour has partnered to cross promote their next European based championship events with the creation of an exclusive prize pool for the PokerStars and WPT MonteDam Swing.


When the European Poker Tour (EPT) took to the dance floor, people were like, “Wow!” Ever since the PokerStars Championship has shown us a few moves, people are like, “WTF?”

Global Poker League (GPL) New York Rounders, Bryn Kenney and Jason Wheeler, were so astounded by the moves they constructively criticised the tour on their respective Facebook pages.

One of the complaints directed at the changes made by PokerStars Live was a number of air miles that the grinders had to rack up now the tour had become global, and I think the largest online poker room this side of Venus has come up with a plan.

Taking a leaf from the WPT California Swing playbook, where Rainer Kempe earned a rucksack full of goodies for topping a leaderboard of players who cashed in the WPT LA Poker Classic, WPT Bay 101 Shooting Star, and WPT Rolling Thunder, the team will award five prizes for the players topping the leaderboard relating to ITM finishes in the following events:

The promotion allows both the WPT and PokerStars to cross promote the PokerStars Championship in Monte Carlo and the WPT Main Event and Deepstack event in Amsterdam.

The mini European tour begins at the Monte Carlo Bay Hotel & Resort April 25 – May 13, and ends in the Holland Casino, Amsterdam May 5 – 13.  Players competing in both events can delve into a guaranteed prize pool of €32.5m across 80+ events.

Here are the prizes on offer (the winners have to finish ITM in both Monte Carlo & Amsterdam to qualify for a prize).

You can learn more about the PokerStars Championships Monte Carlo by clicking this button and the WPT Amsterdam festivities when you press this button.