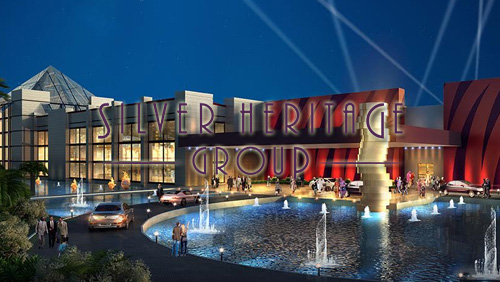 Australian-listed casino operator Silver Heritage Group Ltd. insists that it made the right choice to focus on Indian consumers than chase after elusive Chinese VIP players.

In what could be described as an ‘I told you so” moment, Silver Heritage chairman David Green says betting on Indian consumers has been the right decision amid the ongoing corruption crackdown of Beijing that has spilled over into Macau.

The importance of targeting Indian consumers had been more important in the light of the arrest of Crown Resorts employees in China in October last year, according to Green.

“The detention of Crown Resorts employees in China in October 2016 has exposed the significant risks associated with China-facing VIP programmes, calculated to encourage high-value mainland [Chinese] players to visit casinos,” Green stated in the company’s annual report that was filed with the Australian Securities Exchange on Monday.

The Crown arrests also puts a spotlight on the fragility of the junket operators who typically source high-value players for casinos outside China, according to the Silver Heritage boss.

With their business focused on Indian consumers, Green said that the company “has no exposure to gaming credit risk, or to the reputational and business risk presented by undercapitalized junket operators.”

Green, however, noted some of the company’s shortcomings, including the shortfall in the 2016 results of its existing casino operations and the delays in the construction of Tiger Palace Resort in Bhairahawa on Nepal’s southern border with India.

Tiger Palace Resort was originally scheduled to have a soft opening in February 2017. In March, Silver Heritage announced that it incurred a US$4.58 million net loss, dragged down by the delays in the construction of its casino project in Nepal.

“While our full-year result for the 2016 financial year came in slightly better than was anticipated at the time of the progress report, it failed by some margin to meet our prospectus forecast,” Green said. “The board recognises that this is both an unacceptable and unsustainable result, and I assure you it is committed to implementing measures which will improve operational performance, see the completion and successful opening of Tiger Palace Resort Bhairahawa, and provide a platform for the pursuit of the future growth and value accretion opportunities available to your company.”