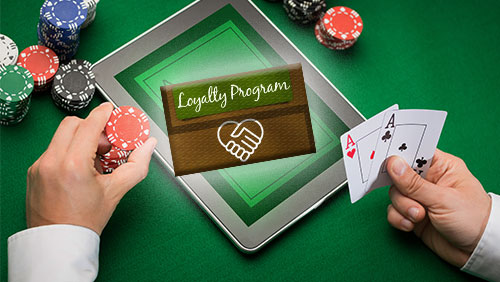 PokerStars has issued another loyalty program update with plans to reward moment by moment play rather than long term high volume input as well as unifying the scheme across all three products and brands.


PokerStars is going all Eckhart Tolle on us after declaring their intention to move away from the old Rakeback model to one that rewards in the moment play.

It’s not groundbreaking news – PokerStars announced their intention to alter their Loyalty Program back in September radically – but if the noise generated from the previous updates is anything to go by then this one could pop a few eardrums.

Severin Rasset, Director of Poker Innovation and Operations for PokerStars, penned the latest update on the Corporate Blog titled: Modernising How we Deal With Rewards.

I have criticised PokerStars for their communication style in the past, and this latest conversation still seems to be lacking a backbone. Rasset begins by making it clear that PokerStars mission is to create the best rewards program in the industry, but he doesn’t make it clear how they intend to do that.

I reached out to Eric Hollreiser to see if we could fill in the blanks, more on that later.

Back to Rasset’s blog post and he talks about the delicate balance of providing value for players who play for fun, competition, and profit, and how the Loyalty Scheme that has worked so well since 2006 is no longer viable in the modern day online poker ecosystem.

As Rasset points out, PokerStars created the current Loyalty Program to reward high volume play, and that decision led to a bastardised form of poker that relied more on number of hands logged and not number of hands won or number of hands played optimally.

“The environment has changed. The game has matured. The profile of our players has changed.” Rasset wrote.

Here is where the blog content was a little sparse.

What we do know for sure is PokerStars will move to a Loyalty Program that rewards players based on a moment by moment basis and not the usual month by month system that enabled people to build careers.

Rasset claims that the recent changes made to the Loyalty Reward program has shown the PokerStars number crunchers that players are seeing more flops, are playing more hands, and are experiencing greater longevity. There are even signs that the high volume players are changing tact and moving towards a more skill-based approach. So the data shows PokerStars that the changes they need to make need to be in the same direction.

There is a plan to create one Loyalty Program to encompass PokerStars poker, online casino and the BetStars sports book, although the blog clearly states that PokerStars will not be forcing anyone to play on a particular product.

The new program will lean heavily on the gamification idea that has been sweeping entrepreneurial parties in recent years, and Rakeback as you know it will go the way of the dinosaurs sooner rather than later.

The new changes will roll out in Denmark by late May at the latest before being rolled out to other parts of the PokerStars ecosystem.

Although the blog post isn’t clear on Loyalty Program details, what is clear, is it’s going to be even harder for someone to carve out a career as a professional poker player. The problem worsens if online poker is your sole source of income, particularly if Rakeback forms a large bulk of that income.

In a telephone discussion with Eric Hollreiser, VP of Corporate Communications for PokerStars and Amaya Gaming, I was told that the new changes could mean an 85% reduction in Rakeback for the hardest working grinders.

My initial feeling when I talked to Hollreiser about the changes was this was a move designed to cross-pollinate online casino and the BetStars sports betting product, as this was the impression I got when I read Rafi Ashkenazi’s interview with Bloomberg recently. I still feel that way after my discussion with Hollreiser although he was adamant that although Starscoins will feature in all three products, the product rewards will still operate independently of each another.

The biggest problem PokerStars has, and I am beginning to sound like a broken record, is providing value for their customer, because who is the customer?

If you read poker forums and social media, the customer is the loyal grinder who has helped turn PokerStars into the market leader. But the data doesn’t add up. The players who log on for a bit of fun represent 95% of the PokerStars player base. That leaves 5% who depend on the site to pay the bills.

So who should PokerStars be trying to create value for?

I have this problem in my addiction business. People come to me to help them quit alcohol, smoking, and all other forms of drug addiction. When working with a marketing expert on how to define value for a customer base that has so many different problems she taught me to find the one thing they all share and there I will locate the value.

In poker, it’s the quality of the software, and you are going to be hard-pressed to find a better playing experience than PokerStars. The only software I found to come close, or be even better was Full Tilt, and those tables are currently lying in a ditch somewhere.

Outside of that common thread PokerStars and their competitors cannot serve both sets of customers. PokerStars have tried to appease the grinders by creating the All-Stars concept, and Hollreiser informed me that there are more promotions like this to come. But when it comes to the core focus of a Loyalty Program it has to be designed to provide value for the 95%.

Unfortunately, those hardest hit by the new changes will be the players who rely on high volume play. Those players will be receiving personal emails right about now with the rest of the community receiving theirs in due course.

There will be an eruption of noise.

Perhaps, this time, people might even leave to try and find pastures new.

What people need to remember is that it’s the fortune and not the cookie that people care about. Love them or hate them, PokerStars has to do what it can to make bucket fulls of cash while at the same time creating a better story for the 95% of players who have never even heard about Rakeback.

PokerStars and their brethren have to deal with two vastly different worldviews when it comes to their customers.

You can’t provide value for both.

As Eckhart Tolle once said, the more you are focused on time – past and future – the more you miss the Now, the most precious thing there is.


PokerStars are fed up of harking back to the past, they want to provide value for players in the Now, but there is still a very keen eye on the future, and that future doesn’t include Rakeback nor the people who have become so reliant on it.