Home / Poker / Poker Central to debut on NBC; Charlie Carrel appears on How’d You Get So Rich? 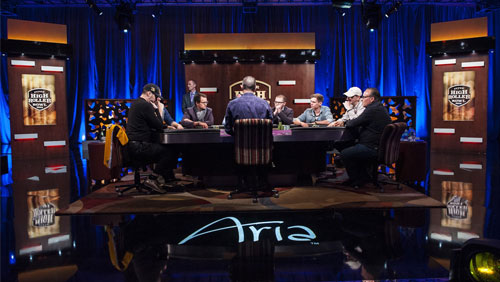 Poker Central will partner with NBC Sports Network in a deal that will include coverage of the 2017 Super High Roller Bowl, and Charlie Carrel appears on Channel 4’s How’d You Get So Rich?

The first and (probably) last 24/7 poker only TV channel that decided to roll the final credits on its TV career in December, will be back on TV thanks to a deal with NBC Sports Group.

The deal means millions of sports fans throughout the world will get the opportunity to watch Poker Central content alongside the English Premier League, National Hockey League, and any other type of game you care to mention.

Poker Central will take centre stage on the Emmy Award-winning network on Monday nights, and they will wallop the ground with coverage of the 2017 Super High Roller Bowl (SHRB) where 56 players will compete for their share of $16.8m in prize money.

Not only will Poker Central content appear on TV, but also via NBCSports.com and the NBC Sports App.

Since Poker Central took the decision to leave the TV airwaves in December their social media presence and media content distributed via PokerCentral.com has gone up 12-notches.

The hire of Paul Oresteen and Remko Rinkema is a big reason why that has happened with some great content including interviews with the game’s biggest stars and inspirational members of the poker community, past and present.

Poker Central launched in 2015 and counts the likes of Daniel Negreanu, Antonio Esfandiari, Maria Ho, and Brian Rast as part of the team.

Charlie Carrel Stars on How’d You Get So Rich?

Poker Central isn’t the only member of the poker community to get their mug splattered across terrestrial TV screens. The UK tabloids are going crazy, right now, after Charlie Carrel appeared on Channel 4’s How’d You Get So Rich?

The 22-year old High Roller talked to the show’s host, Katherine Ryan, about the day he deposited £10 into an online poker account. Today, Carrel has live tournament scores more than $5m and is one of the first names down on the High Roller team sheet.

Carrel explained how he decided to shun a social life in favour of playing online poker for 16-hour sessions, seven days a week, as he saw his online bank account start to fill up like a video game score counter.

The self-confessed math geek explained how he was bullied as a youngster for not being a part of the cool gang, how he doesn’t have an emotional attachment to money and finds his drive to earn more so he can do great good in the world.

How’d You Get So Rich? Airs on Monday nights at 10 pm