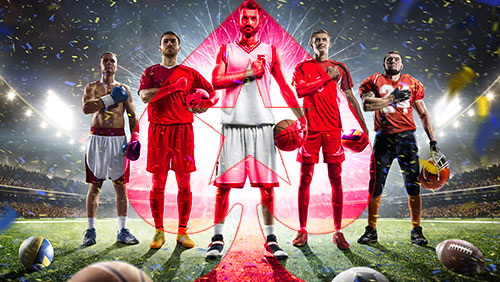 A PokerStars representative confirms there are no plans to stop working with professional athletes contrary to reports citing a parting of the ways between the online poker room and their Real Madrid and Barcelona stars.

She wakes up, brushes her teeth, and finishes her 25-mile run. She comes home, makes her breakfast smoothie, and swims 50 lengths of her private pool. Then her butler delivers the morning papers as she squeezes in a few downward facing dogs and there is a headline telling her she is effectively out of a job.

Various media outlets ran with a story this morning that PokerStars were dropping a marketing strategy that included an emphasis on professional athletes, and instead, were creating a new one focusing on…well that little secret is still under lock and key.

The story broke after an email sent to Affiliates from PokerStars stated:

Starting April 1st, 2017 we will be focusing on our ongoing Free Welcome Bonus Offer. In addition, our branding team has designed some wonderfully creative and banners to help support your acquisition efforts and drive in some big numbers!


Without coming out and saying it, you don’t have to be Carl Jung to understand that both Cristiano Ronaldo and Neymar Jr’s current contracts are coming towards an end, but it doesn’t say that’s the end of PokerStars use of professional athletes or celebrities with vast global appeal in their marketing campaigns.

Ronaldo, who topped the 2016 Forbes list of the highest-paid athletes in the world, earning $88 million, makes that money because he endorses a lot of products. So when you trawl through his Twitter feed and fail to find a PokerStars plug, there is a reason.

The European Championship winner may not be promoting poker throughout his social media streams, but he was the undoubted star of the #RaiseIt campaign alongside NBA star Dwayne Wade. The social media marketing campaign had over 158 million social media views, so being affiliated with someone who can bring in those sorts of numbers must add value.

But at what cost?

Signing people like Ronaldo and Neymar Jr – who does promote poker on his social media channels – must cost a fortune, and one assumes it’s one of the reasons why the pair may not continue to work with PokerStars in an official full-time capacity.

A spokesperson from PokerStars told me that they are not abandoning their use of professional athletes. If the right deal comes along, for the right price, at the right time, then it will be struck.

So chill out, Fatima.

There’s no need to bust out the old hockey stick and yellow snake just yet.