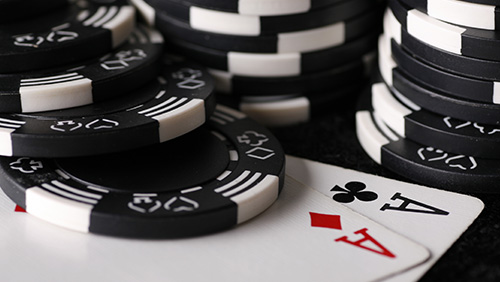 An eclectic round-up of tournament news from the world of online and live poker including Valentin Vornicu setting records on the World Series of Poker Circuit, partypoker busting out the $1m Guarantees online, and much more.

I don’t know much about brackets and egg shaped footballs, but I do know there is a ton of poker action in the air, both online and live, and we will begin with the World Series of Poker Circuit (WSOPC).

Valentin Vornicu, the man who had a deep run in the 2016 World Series of Poker (WSOP) Main Event finishing 23rd, has joined Alex Masek and Maurice Hawkins in the WSOP history books by winning his ninth gold ring.

Vornicu defeated a field of 169 entrants in a $365 buy-in event at The Bicycle Hotel & Casino in California. Vornicu earned $13,675, not the largest score of his career by any stretch, but he was delighted to make a little bit of history.

“Being up there with them makes me feel proud,” Vornicu said referring to Masek and Hawkins.

Vornicu’s victory means he finished at the Casino Champion earning a seat in the WSOP Global Casino Championships scheduled to take place at Harrah’s North Carolina on August 9-11.

Vornicu wasn’t the only notable name slipping a gold ring on his finger in California this week. Mike Leah followed up his impressive victory in a side event at the World Poker Tour (WPT) Fallsview Poker Classic with a win in the $1,125 No-Limit Bounty for a $12,450 score. And Dylan Wilkerson defeated 705 players to take down the $1,675 Main Event for a significantly higher $216,790.

The PokerStars Festival Rozvadov is in the books.

The PokerStars Championship in Panama is in full effect. We have already told you that Ben Tollerene picked up the win in the €50,000 event, and we can now confirm that Stephen Chidwick has earned his first major High Roller title with victory in the $25,500 Single Day event. The Brit won $366,500 after topping a field of 44 entrants and a final table that included Koray Aldemir (2nd), Mustapha Kanit (3rd), and Dario Sammartino (5th).

And finally, Camilo Posada was the winner of the PokerStars National Championship for $100,190. Posada defeated 843 entrants in the $1,100 buy-in event. The Colombian already has two big five-figure scores on his resume earned in Panama City. The partypoker MILLION winner, Troy Quenneville finished 13th, Ben Heath finished 29th, and Fabian Ortiz was 30th.

Last year, Unibet tried their arm at hosting the UK only festival in partnership with Caesars Entertainment owned casinos up and down the land. Yours truly played in one in Brighton, and I will be returning to give players more value this weekend when they once again launch the Unibet UK Poker Tour.

The £220 buy-in event carried a £40,000 guarantee. The event allows players to re-enter once per flight and to play both Day 1A and Day 1B and take the larger stack forward to Day 2.

The Rendezvous Casino acts as host, the home of James Dempsey’s WSOP and WPT titles, and there will be six events in total including low buy-in Pot-Limit Omaha and No-Limit Hold’em side events.

Partypoker Inject a $1m GTD Into Their Title Fight

In our recent interview with partypoker ambassador, Roberto Romanello, the Welsh Wizard was driving me crazy talking up the value in the Sunday Title Fight event. Each time the guarantee is met the online giants increase the prize pool for the following week, and they are going a bit crazy on Sunday 2 April.

For one night only, partypoker is promising a $1m guarantee, with $150,000 reserved for the winner of the $215 buy-in Title Fight. Online satellites for the special event begin on Monday 20 March where you can qualify for as little as a cent.

And this Sunday, partypoker are putting on a show for people with a much tighter wallet. The $11 buy-in Featherweight Special will contain a massive $100,000 Guarantee. Once again, players can qualify for the event for the price of a 1p sweet.