Manchester City boss Pep Guardiola has failed to reach the quarter-finals of the Champions League for the first time as a manager after a defeat in Monaco; Atletico Madrid park the bus to prevent Bayer Leverkusen from progressing.


And then there were eight, and remarkably, Leicester City is the only English side left in the business end of the Champions League. 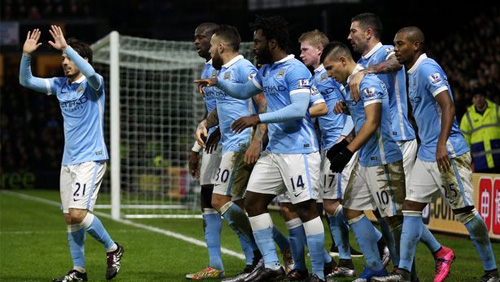 The Premier League champions, who have had a torrid season, is flying the flag for the Brits after Manchester City fell apart in the Principality of Monaco last night.

It was a night of firsts.

It was the first time a team in the Champions League had scored five goals in the first leg only to go out on aggregate.

It was the first time a team had scored six goals on aggregate and failed to go through to the next round.

It was also the first time Pep Guardiola had ever failed to reach the quarter-finals in his time as a manager.

Manchester City cannot defend. Defending starts at the front, and with teams are picking City’s whipper-snappers apart. Only Fernandinho has any defensive sense. City was torn apart with ease in the first half, with Monaco taking the lead in the tie after goals from Kylian Mbappe and Fabinho, despite starting the match their star man Radamael Falcao sitting in the stands.

City’s Commander and Chief must have slung a few teacups around the changing rooms at half-time. City came out firing and took the lead on aggregate after Leroy Sane scored from close range after a run and shot from Raheem Sterling was parried at his door by the Monaco keeper.

From that point on, City had the initiative, and Monaco looked leggy. But the French team are Europe’s highest scorers this season with 125 goals, and they made it 126 when City set up too far out for a free-kick from the right and Tiemoue Bakayoko leapt higher than anyone to head Monaco into the last eight.

The dark horses of the competition have to be Atletico Madrid. The Spanish side went into their home tie against Bayer Leverkusen knowing the Germans had to score three without reply to go through.

It was never going to happen. Under the stewardship of Diego Simeone, Atletico is one of the meanest defences in European football only conceding 22 times in 27 games in La Liga, so it was no surprise to see them secure a goalless draw to join Monaco in the last eight.

The draw for the Champions League Quarter-Finals will take place on Friday 11:00 GMT in UEFA HQ in Nyon, Switzerland.

Here are the eight teams still within a chance of winning the title in Cardiff, with odds courtesy of Bodog