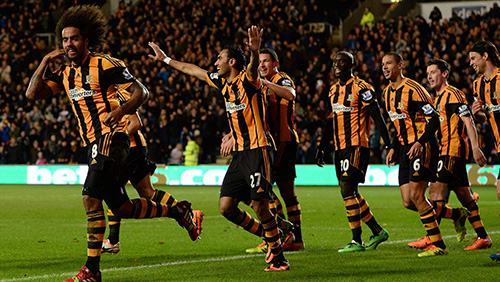 Week 28 of the Premier League sees Hull beat Swansea in a relegation six-pointer, Bournemouth continues to stop the slide into the abyss with a win over West Ham, and Romelu Lukaku sets a personal best with a goal at home against West Brom.


The FA Cup has eaten into this weekend’s Premier League fixture list with the ferocity of a factory farm eating into the Ozone layer. There were only four matches to choose from, and we will begin with the relegation battle between Hull and Swansea.

Both clubs were dead certs for relegatio

n with Mike Phelan and Bob Bradley at the reins, but have a different outlook since they dropped the guillotine on the heads of both men and brought in Marco Silva and Paul Clement.

It was a crucial match, and with Hull having beaten Swansea twice before this season, both by a two-goal margin and with home advantage, the bookie’s money was on a home win. Hull didn’t disappoint.

Swansea came into the match with Fernando Llorente at the top of his game. The Spaniard had banged in 11 goals since his move from Juventus and has been imperious in the air, so it was a huge blow when he hobbled off injured after suffering a dead leg in a challenge with Tom Huddlestone.

But the Swans were still good money for the lead. Wayne Routledge missed two sitters inside the penalty box, and Gylfi Sigurdsson was controlling the game. Then in the second half, Silva sent Everton Loanee Oumar Niasse onto the pitch, and the Senegalese player won the game for the Tigers with some classy finishing.

Niasse’s first strike came in the 69th minute after being put through on goal by his striking partner Abel Hernandez, and he sealed the win ten minutes later after finishing off an excellent run and pass from Ahmed Elmohamady. Swansea pulled one back in injury time, but it was a massive three points for Hull, who are now only a point behind Crystal Palace, and three behind Swansea on the precipice of the drop zone.

Bournemouth seems to have put the handbrake on their plummet towards the relegation zone. Their battling 1-1 draw at Old Trafford last week put an end to a run of four consecutive defeats, and they followed that up with an impressive win over West Ham. 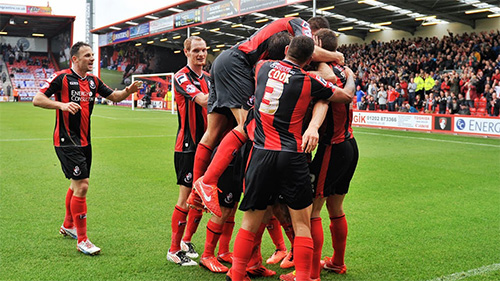 But Bournemouth did it the hard way, missing two penalties in a first half full of fun and frolics. Josh King missed the first one, and Benik Afobe missed the second. West Ham made them pay within a minute of King’s first miss. The impressive Sofiane Feghouli made up for giving that penalty away by putting Michail Antonio through on goal and the player who is more versatile than a Swiss Army knife scored in his first game back after suspension.

King then equalised in the 31st minute when he lobbed the ball over a West Ham defenders head before putting it into the back of the net, and he scored his second three minutes after the break after getting on the end of an Afobe header in the box.

West Ham then equalised after Andre Ayew scored his second goal in his last two games, but King had the last giggle striking in injury time after a fantastic passage of play between Jack Wilshere and Danny Pugh. It was King’s first Premier League hat-trick and a perfect response to his penalty gaff.

On a side note, Wilshere started on the bench. It’s hard to believe that Roy Hodgson took him to France when he was only half fit. The lad can’t even get into the Bournemouth starting lineup.

Everton was back to their best after losing their nine-match unbeaten run in the league against Spurs last week. Ronald Koeman’s side has only lost one game at home all season, and have won their last four scoring 15 goals.

West Brom came into the match on the back of a hiding against Crystal Palace, and their hopes of a Top 10 finish took a little dent at Goodison Park. Kevin Mirallas scored his fourth goal of the season after pouncing on a rebound in the box. Morgan Schneiderlin scored a cute goal; his first since joining the club from Man Utd. And Romelu Lukaku scored his 19th Premier League goal of the season, one more than last year, and he still has ten more games to go. Everton will do well to hold on to the giant Belgian forward in the summer. He is looking truly world class.

A stone’s throw away and Liverpool were winning their second game on the bounce after coming from behind to beat Burnley at Anfield. Week after week I write about Burnley’s terrible away form, and this week is no different. In case you need a reminder, they have only picked up two points on their travels all season and it looked likely to change after Ashley Barnes gave them an early lead.

But Liverpool fought back well to maintain their pursuit of a Champions League place. Georgio Wijnaldum sent the teams into the half time break with an equaliser in injury time, and Emre Can scored his fourth goal of the season to secure the three points in the 61st minute.