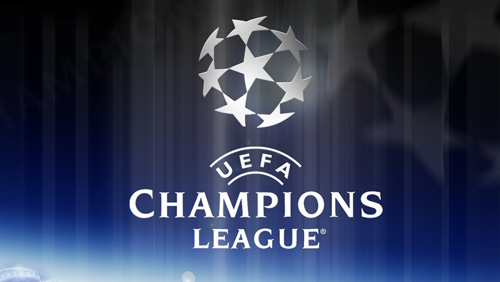 Lee Davy rounds up the night’s Champions League Round of 16 action including a humiliating exit for Arsenal, and a berth in the quarter-finals for the champions Real Madrid.

The one thing I won’t miss when Arsene Wenger leaves Arsenal at the end of the season – and he will leave – is his disgraceful bias during his post-match interviews.

After his side was tossed out of the Champions League in the Round of 16 like a rag doll for the seventh successive season 10-2 on aggregate, after another 5-1 defeat at home, Wenger blamed the officials, and produced a baffling statement:

“My team has produced a huge effort and played well.”

And that is why he has to leave.

You cannot produce a huge effort and have played well when you have conceded five goals in the manner that Arsenal did. The Gunners gave up, particularly in the back, where they were shocking.

Nobody had ever overturned a four-goal deficit at this stage of the competition. The odds that Arsenal would do so were bleak, but there was some hope when Theo Walcott smashed the ball into the roof of the net after a mazy dribble.

Then we had the decision that enraged Wenger so much. The second half ten minutes old when Laurent Koscielny brought down Robert Lewandowski in the six-yard box. The Ref gave the penalty and handed the Frenchman a yellow card, only to upgrade it to a red after consultation with his assistant. The Pole dispatched the penalty for his 31st goal of the season.

And then Arsenal gave up.

It was like watching a U14 side down the park. Goals by Arjen Robben, Douglas Costa, and a brace from Arturo Vidal ensured the favourites went through, and Wenger’s future at the club would once again hog the headlines in England.

The Champions are through to their seventh straight quarter-final after coming from a goal behind to beat Napoli in Naples.

It was a tough task for Napoli after losing 3-1 in the Bernabeu but was made slightly more realistic when Dries Mertens exchanged passes with Marek Hamsik before putting the ball into the back of the net. The first half ended with Napoli a goal behind after Cristiano Ronaldo, and Mertens both hit the woodwork.

Eventually, it was two corners that were the Italians undoing. The Madrid captain Sergio Ramos rising imperiously in the air to thump two headers into the back of the net in less than seven minutes to put Real in the driving seat. Alvaro Morata scored the third goal in injury time after the Napoli keeper had saved from Ronaldo.

Madrid go through 6-2 on aggregate