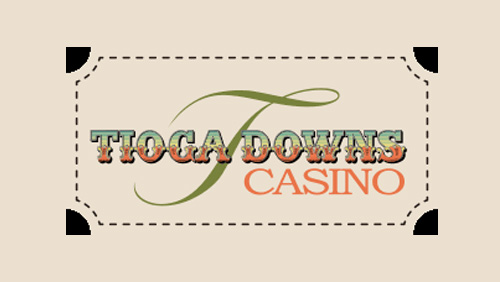 Nichols, N.Y (February 22, 2017) – Tioga Downs, the premier entertainment and gaming destination nestled in the Southern Tier of New York, is thrilled to announce the opening of their newly expanded gaming floor.

The expanded space is part of the casino that Tioga Downs opened December, which features 32 long-awaited table games, including Blackjack, Craps, and Roulette, as well as popular casino games such as Pai Gow Poker, Let It Ride, 3-Card and 4-Card Poker and the Big 6 Wheel.

The Down’s also features a separate live Poker Room with 12 tables featuring a Bad Beat progressive jackpot that is already over $60,000 (at the time this article was written), as well as weekly promotions.  Daily tournaments are in the plans for the near future, as well.

The last addition brings Tioga Downs to a total of 944 machines, which feature all new games that include touch screen capabilities, downloadable credits and bonus games. Notable new games include the return of the Green Machine and Wheel of Fortune themes, as well as popular television-based games like House of Cards and Ellen.

“The team at Tioga Downs has been hard at work to continue our expansion,” said Scott Freeman, president and general manager of Tioga Downs. “We are so grateful for the continued patience of our guests as we completed the transition to a full casino.”

The Tioga Downs team shows no signs of slowing down. The new 161-room hotel construction is underway with plans to open later this year which will include Ageless Spa, 8,300 sq. foot event center and P.J. Clarke’s restaurant. The new golf course club house is slated to open in 2018.

“Harness Racing season is only a few months away, and we’ll soon be announcing our 2017 Summer Concert Series. We’re excited for a big year ahead of us and are hiring for a multitude of people, including positions at the track and casino positions including table game dealers, food and beverage, and beyond,” said Freeman.