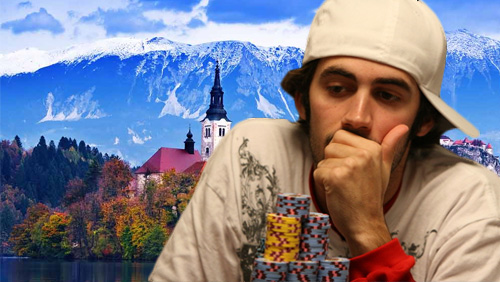 The successful Cash Game Festival moves to Slovenia, and Jason Mercier outs Brandon Cantu over an outstanding debt; Cantu responds by saying he is broke.

The Cash Game Festival is preparing for its second live event of the year, and we haven’t even finished our second month.

With the opening event at Aspers Casino, Stratford in the books Europe’s cash game grinders set their beady eyes on Nova Gorica in Slovenia for five days of non-stop shot in the arm cash game action.

The event takes place March 8-12 at the Perla Casino. Nova Gorica straddles the Italian border so expect the festival to be brimming with schools of Italian fish.

Festival organisers will host two feature tables streamed live on Twitch. If your ego wants a piece of that action, then you can pre-register for a seat online. Brandon Allen will call the action.

Once the Slovenian event is done and dusted, the tour moves to Tallinn, Estonia. There are plans to host 10-events this side of 2017, and the organisers have splashed out on coverage of the event by hiring PokerNews to bring you the bad beat by bad beat action.

Cash games can be a lot of fun, but they can also be your worst nightmare.

Earlier today, I had a little chuckle when someone questioned how Brandon Cantu is broke when his resume on The Hendon Mob website shows he has earned over $4.2m playing live tournaments. I assume the person penning the question has never played cash games.

Cantu, who ironically appeared in a season of the hit TV show Billions, has been involved in a Twitter feud with the World Series of Poker (WSOP) Player of the Year, Jason Mercier over an unpaid loan stretching back 3-4 years.

Mercier called Cantu a ‘deadbeat’ and told him to ‘get back into his hole’ before demanding he pays at least $1k off his debt. Cantu called Mercier out for making ‘usury loans,’ but did compliment the PokerStars Pro for having an ‘amazing wife.’

Social media can be a right bitch. Cantu responded to Mercier’s request that he at least pay him $1k of the money owed by saying he couldn’t afford it – he was broke. He was competing in the $1k event at the WPT LA Poker Classic at the time.

But maybe there is a way out for Cantu?

I’m owed about a million from poker from other TOP TOP Poker players. I know they are in tough shape. I will not shame them or out them.

partypoker upgrade their player fund protection status; the Merciers are on board
Lee Davy
23 October 2018