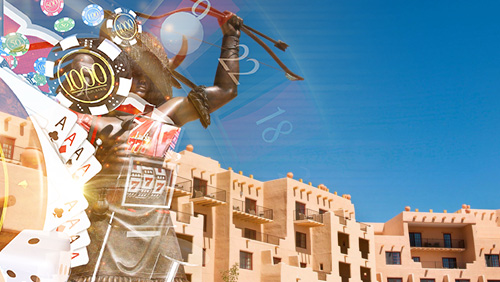 U.S. District Judge James Browning sided with Gov. Susana Martinez and the state gaming board, allowing Martinez’s administration to go after vendors who do business with the tribe’s casinos on grounds that Pojoaque Pueblo and the state don’t have a current gambling compact, state news outlets reported.

In a 200-page opinion and order, Browning denied the tribe’s request to block the state from taking action against vendors, including banks, credit card companies, gaming machine vendors, advertisers and bond holders, doing business with its gaming interests.

Browning said Pojoaque Pueblo “failed to demonstrate it would be irreparably injured if a stay preventing state action against vendors was not imposed,” noting that the tribe’s argument is “speculative.”

“While (Indian Gaming Regulatory Act) enshrines a public interest in tribes’ ability to generate revenue via gaming operations, it also expressly requires that such operations be conducted in accordance with a state-tribal compact,” he wrote, according to the Albuquerque Journal.

The tribe and the state failed to negotiate a new compact before the previous one expired in 2015, prompting the Pojoaque Pueblo to turn to the U.S. Interior Department for a new compact. The Martinez administration, however, challenged that move in a separate lawsuit, which is currently still being heard in a federal appeals court in Denver.

Despite not having a compact, the tribe’s gambling operations—such as the Buffalo Thunder Resort & Casino, Cities of Gold Casino as well as a sports bar and gas stations—continue to do business with vendors, which the state government tried to stop. This, of course, has resulted in the tribe suing the state that “was illegally interfering with its gambling operations.”

U.S. Attorney Damon Martinez allowed that Pojoaque Pueblo back in June 2015 to continue operating its casinos even though the compact has already expired as long as the tribe pays the fees normally guaranteed to the state into an escrow amount until the compact is decided. Under the expired compact, the tribe paid 8 percent of net winnings to the state, amounting to between $4.5 million and $6 million a year. The negotiated compacts require a higher percentage to be paid to the state, which Pojoaque considered as “illegal tax.”

The tribe had been negotiating to lower the gambling age from 21 to 18, as well as allow alcohol on the casino floor in exchange for end revenue sharing with the state, but state government negotiators believe those provisions will only hurt the administration’s attempts to create “a more socially responsible system.”