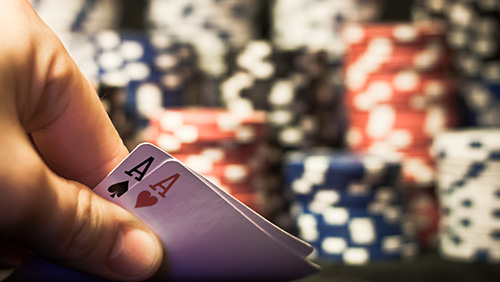 3:Barrels of pure value including news that partypoker has temporarily pulled out of the market in the Czech Republic, a Czech launch date for PokerStars, and a cheap advertising trick.

It’s a case of better late than never for partypoker after they pulled the plug on their real money offerings in the Czech Republic.

The news emerged via the Czech Republich poker news site Poker-Arena and was conveyed to readers of the English language by CasinoNewsDaily.

According to the reports, partypoker players attempting to log onto the site from within the Czech Republic are being greeted with a notice explaining that the site is closed for business. Players aren’t able to deposit funds, but they can withdraw in normal fashion.

Czech players who rely on partypoker to pay the bills shouldn’t have to fret for too long. CasinoNewsDaily reports that the situation is temporary and ‘it has been confirmed that partypoker has been working closely with local authorities to obtain a license.’

Here is a response from a partypoker representative:

“We can confirm that as part of our application process for a Czech online gaming licence we have suspended operations for customers based in the Czech Republic. This is in line with the licencing requirements and at the request of the local Czech authorities who we are fully co-operating with. We hope to successfully conclude the licencing process in due course. In the meantime Czech-based customers are able to access their existing accounts in order to withdraw funds.”

No Such Problems For PokerStars

When it came to the race for a new international license to operate within the Czech Republic, PokerStars were a little quicker out of the blocks than the competition.

As we reported here, PokerStars became the first international operator to obtain a license to run a virtual poker room and casino in the country, and now we have a definitive date.

PokerStars released a press release stating that the new PokerStars.cz domain will launch on Thursday, February 16. PokerStars players from the Czech Republic have received email from PokerStars advising them to cashout their funds from their .com account, and open a new .CZ account so they can begin to play in the newly licensed online poker room.

Another part of the world where PokerStars does rather well for itself is Brazil.

In 2012, PokerStars inked a deal to sponsor the Brazilian Series of Poker (BSOP) and has been the main tour sponsor until their recent decision to create the new PokerStars Championships and Festival brands.

The decision to align all PokerStars related tours under those two umbrellas spelled, not only the end of some longstanding PokerStars tours, but also their association with BSOP.

The final PokerStars sponsored BSOP Festival is in the books after Marcelo Mesqueu defeated a field of 789 entrants to win the first prize of $109,350 in the $900 buy-in BSOP Main Event in Uruguay. But PokerStars don’t seem to be so eager to let go of their hand.

On the PokerStars Live tour page, there is a section called ‘Our Heritage’ that cheekily displays their previous alliance with BSOP as on of the ‘great PokerStars Live Tours of the past.’

“We are still proud sponsors of the BSOP (have been since 2012) and consider it part of our heritage due to our long lasting partnership and the success we’ve had growing poker together in the region over the years.”

With BSOP having never been a PokerStars tournament, and still continuing to operate as the largest festival in terms of player numbers outside of the World Series of Poker (WSOP), you could say they are being a tad cheeky with their advertising.