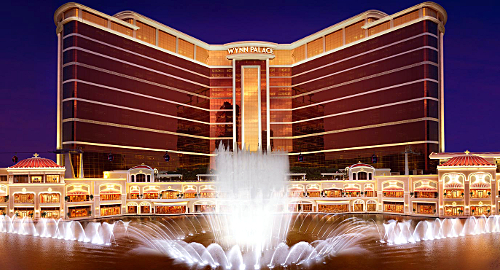 Casino operator Wynn Resorts‘s Q4 2016 revenue got a boost from the new Wynn Palace while the company’s other resorts took it on the chin.

Figures released Thursday showed Wynn’s overall revenue jumping 37.3% to $1.3b in the final three months of 2016, spurred by the August opening of the new Wynn Palace in Macau. Profit shot up 30.5% to $113.8m, but $63m of this was due to a non-recurring gain, the absence of which would have pushed profits down 41%.

Wynn is more reliant on the VIP market than its Macau rivals, and Wynn Macau president Ian Coughlan noted with some relief that Macau’s long-suffering VIP market has shown signs of resurgence in recent months.

Steve said Beijing had been justified in launching its crackdown on VIP gaming in 2014, calling the action the “right thing to do for the right reasons.” But Wynn remains staunchly bullish on Macau’s prospects, saying “the long-term thrust of China is inexorable and undeniable.”

Steve largely dismissed talk that new US President Donald Trump’s tough talk toward China would have any profound impact on Macau’s casino market. Steve believes both countries recognize that they need each other, and “there will have to be a rapprochement and adjustment. But we do have intelligent people on both sides.”

In Las Vegas, Wynn’s operations reported Q4 revenue falling 2% to $383.3m while earnings slipped 10% to $114.6m. Table game turnover was off nearly 7% while slots handle rose 18%. Non-gaming revenue fell 1.1% to $260.2m thanks to declines in both food & beverage and entertainment, retail and other revenue.

Despite the non-gaming decline, Steve said the company’s future would be driven by non-casino attractions, as that’s what brings customers to the gaming tables. The company hopes to begin work in Q4 2017 on Paradise Park, the proposed $1.5b off-Strip expansion that will feature a convention center, retail and entertainment options, golf course and lagoon complete with sandy beach, all part of Steve’s plan to boost Wynn’s non-casino revenue to “enormously high levels.”