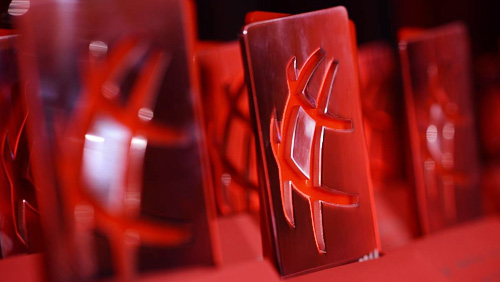 The American Poker Awards will hand out 15 different medals of honour as the nomination process begins.

Who cares about all of that dancing and singing nonsense?

Three days before Ryan Gosling and Emma Stone take over the world at the 89th Academy Awards, the wo

rld of poker will be in the City of the Stars, to honour the greatest movers and shakers of the most-lauded card game in the world.

The American Poker Awards (APA), presented by PokerStars, will take place Thursday, Feb 23, 2017, at the Sofitel Beverly Hills in California. The evening begins with the third annual APA Poker Conference 14:00 – 18:00 followed by a reception at 19:00. The award ceremony starts an hour later giving the 150 guests time to put their glad rags on.

There will be 15-awards handed out at this year’s ceremony.

We already know the recipients of three of them:

The APA will be rolling out a few old favourites:

*Determined by the APA Jury

Here are the shiny and new:

Event of the Year

In previous years the APA has honoured live event organisers over a series of buy-in ranges. The new award consolidates them.

Mid-Major Circuit of the Year

A new award to honour the best regional and mid-major tours across North America.

Twitch Streamer of The Year

Twitch streaming is the new way to absorb poker content, and it’s a must-have category. The award will not be nomination led, and instead, the APA Awards Jury will decide on a winner.

Podcast of the Year

There will be more poker-related podcasts in the future, and so I understand the creation of this award, which will be selected by the nomination panel.

It’s good to see the online poker community included in the awards ceremony. PocketFives will hand out an award to ‘an online poker legend’ who has also made ‘significant contributions’ on the live tournament circuit.

The final new award will go to the player who amassed the most ITM cashes on the Hendon Mob database throughout 2016.

A nomination panel consisting of over 50 members of the poker community have already begun casting votes. The deadline is January 31. If you feel you have the experience to be a part of the panel then send your name to [email protected]

The nomination panel will draw up the shortlist of four nominees, and an APA Jury of seven people will select the winner on the day of the awards.