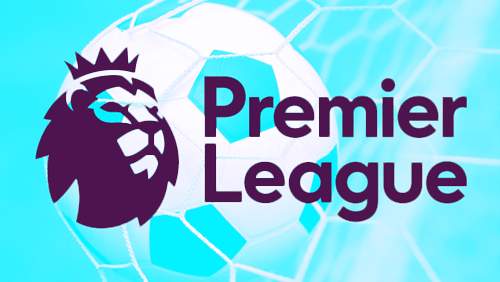 I know the TV crews thrust Premier League managers into the spotlight at the end of a game, but when will they realise that the viewers aren’t brain-dead.

After Chelsea had strolled to victory over the ‘pretend’ champions Leicester at the King Power, Conte fielded questions about Diego Costa’s absence from the squad by saying he had a back injury.

Meanwhile, every single media outlet in the land was running with the story that Costa had a training ground altercation with the Italian and backroom staff over a potential £30 million per year move to China.

Back to the matters on the pitch, and Chelsea showed that a Diego Costaless team can still win what is proving to be one of the most competitive campaigns in recent memory.

Willian, Pedro, and Eden Hazard were like a trident up front continually poking holes in the Leicester defence and finding space at will. But it was one of their defenders, Marcos Alonso, who found the net in both the sixth and 51st minute to wrap the game up for Conte’s side. And the Spaniard could have had a hat-trick, blasting a volley inches wide of the post. Pedro put the coating on an exceptional performance with a header in the 71st minute – his seventh goal of the season.

He is a pain in the ass.

Use the money to find someone with a higher set of values and who behaves like an adult.

Chelsea isn’t the only club struck with the January Transfer Sales blues. West Ham boss, Slaven Bilic, helped turn Dimitri Payet into a world class performer last season and the French star is repaying them by refusing to play.

Payet hasn’t kept quite about it either. He has sung like a canary, telling all and sundry that he won’t play for the club ever again and demanding a move to Marseille. West Ham owner, David Sullivan, said Payet was going nowhere after signing a new five and a half year deal to remain at the club on a £125,000 per week contract last February.

And there was me thinking the people who run our professional football clubs are supposed to be smart businessmen and women.

What benefit is there in keeping someone at your club on a £125,000 per week contract when they don’t want to play?

And there is another elephant in the room that needs to come out from behind the curtains.

The most important thing in a footballer’s life, especially if you are Dimitri Payet, is his relationship with his wife. When I read that Payet’s family isn’t happy in London and wants to move back to France, I understood that sentiment. And yet 100% of articles written about the situation ignores this reason, instead preferring to concentrate on the story of the selfish rogue footballer who has gotten too big for his boots.

There’s more to it than that.

West Ham cannot keep a player at the club who doesn’t want to be there, especially if he has a family who wants to live elsewhere. Just like Costa; let him go, take the money, and invest it in someone who does want to play for the Hammers.

In the meantime, a Payet free West Ham beat Crystal Palace by 3-0, ending a run of three successive defeats. Sofiane Feghouli opened the scoring in the 68th minute finishing off Michail Antonio’s goalbound shot. Andy Carroll scored the second ten minutes later with an overhead kick that must rank as one of the goals of the season. Manuel Lanzini sealed the points with a beautiful breakaway goal with four minutes remaining.

Crystal Palace were pants with Alan Pardew at the helm, and they are no different with a disgraced England manager at the controls. Big Sam has now gone four games without a win since his appointment, picking up a solitary point in the process.

The Rest of the Relegation Fodder

Paul Clement’s side has now lost both of his games in charge, conceding six and scoring a big fat zero after a thrashing at the hands of Arsenal. The South Wales side started brightly, but run out of steam in the face of their classier opponents.

Olivier Giroud scored for the fifth game in a row, and Alexis Sanchez dispatched a volley into the roof of the net either side of two deflected goals by Alex Iwobi. Sanchez, who sulked like a baby after being subbed late on, is now the joint leading scorer in the Premier League. The Chilean has 14 goals; the same number as that other famous sulker, Diego Costa.

Where Clement and Allardyce are failing, Marco Silva is bucking the trend, after his Hull side won their second game in the three since the Portuguese manager replaced Mike Phelan. It looked like your typical Saturday hammering for Hull when Harry Maguire gave away the club’s tenth penalty of the season in the third minute. Junior Stanislas put the ball away to give Bournemouth an early lead.

But Bournemouth is lightweight at the back these days. Eddie Howe has done wonders at the South Coast club, but there is a real problem in the defence that needs addressing quickly. Silva doesn’t speak much English, but he must have flown a few fucks around the changing room at half-time because the Tigers scored three in the second half to take all three points. It was the eighth time in the past ten games that Bournemouth had conceded three goals in a single match.

Abel Hernandez picked up a brace – more than he had scored in his previous 30 games – and Tom Huddlestone saw his shot deflect into the back of the net off Tyrone Mings, who was playing his first Premier League game since signing for the club 17-months ago.

The footballing superpowers of the North squared off this weekend with Everton facing Man City and Liverpool travelling to Old Trafford to face their old foes Man Utd.

We’ll start with City and their drubbing at the hands of an Everton side who fielded three teenagers. Ronald Koeman’s side reminds me of Stoke – inconsistently brilliant one minute and terrible the next. This weekend they were the former.

City started the brightest and should have had a penalty when Leighton Baines brought down Raheem Sterling, but Everton punished them for not putting away their chances when Romelu Lukaku scored his 12th Premier League goal of the season after some great work down the right-hand side by Tom Davies.

Kevin Mirallas put Everton two goals ahead a few minutes after the restart after being put through on goal by the sparkling Ross Barkley, and then it was the time for 18-year old Davies to shine. The teenager picked up the ball in his half, drove deep into the heart of the Man City midfield, picked up the ball from Barkley and chipped the ball audaciously over the onrushing Claudio Bravo.

And then in injury time, Everton new boy 19-year old, Ademola Lookman, came off the bench to score the fourth with his first touch in an Everton shirt after signing from Charlton.

City has only kept four clean sheets in 21 Premier League games and has conceded four goals on three different occasions this season. Everton won the game with only 29% possession and only four shots on target. Fortunately, they all went in.

Liverpool came within seven minutes of making it a Merseyside double in a titanic tussle against Man Utd. Jose Mourinho’s men came into the game as the league’s in-form side, unbeaten in 15 matches, and on a nine-game winning streak, but it was Liverpool who scored first, after James Milner converted from the penalty spot following a handball by Paul Pogba.

United drove forward in search of an equaliser, and it came in the 84th minute. By this time United had reverted to humping balls into the penalty box searching for Marouane Fellaini and the big Belgian got on the end of one only to see his header rebound off the post. Antonio Valencia picked up the rebound and squared it. Zlatan Ibrahimovic got on the end of it to score his 14th Premier League goal of the season to book a point for United.

The bookmaker slashed the odds of Spurs winning the Premier League title after they wiped out West Brom at White Hart Lane. Harry Kane celebrated becoming a father with a hat-trick, and Christian Eriksen scored a deflected goal in between Kane’s strikes.

Stoke’s Peter Crouch celebrated signing an extension to his contract by helping Mark Hughes’s side to all three points away at Sunderland. Marko Arnautovic scored the other two, and Jermaine Defoe scored a consolation goal as the noose tightened around the neck of David Moyes.

Burnley continued their excellent home form with a 1-0 win against Southampton. Sean Dyche will be the first to admit that they didn’t deserve the win. Southampton had a lot of chances but failed to convert. Bad boy, Joey Barton, came off the bench to score the only goal of the game from a free kick. It was his first goal in the Premier League since 2015 when he was playing for QPR.

And it was an emotional day at Vicarage Road as the Watford fans paid tribute to the late Graham Taylor. It was such a shame that the game never lived up to the billing. A goalless draw with Middlesbrough was not in the script.