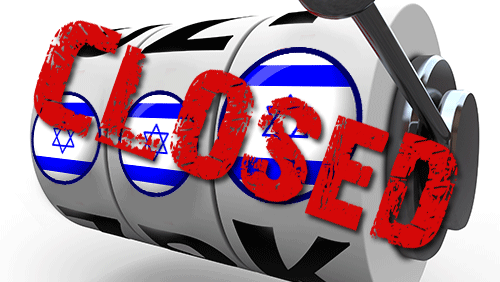 The saga of Israel’s on-again, off-again slot machines continues—only this time, the High Court of Justice wants the state lottery company to shut down (again) all slot machines in the country.

Two days after allowing the 500 slot machines and 150 keno machines to operate, Justice Yoram Danzinger told national lottery monopoly Mifal Hapayis to turn them off “at the behest of the treasury and its battle against state-sponsored gambling,” Haaretz reported.

If you recall, the state-backed lottery company had to shut down its slot and keno machines on New Year’s Eve after it failed to reach an agreement with the treasury on the renewal of its operating license. Mifal Hapayis requested for an extension, which officials from the finance ministry allowed but on the condition that the lottery operator would immediately switch off its automated games of chance.

The shutdown has prompted Mifal Hapayis franchisees, who operate the machines, sell lottery tickets and provide sports betting services, to plead for an intervention from the High Court, saying that the order to shutter the machines came “without prior notice” and has “seriously harmed their incomes.”

Danzinger allowed the franchisees to reactivate the machines last Monday, but the judge was quoted by the Israeli news outlet saying “he reversed himself after hearing arguments by the treasury and Mifal Hapayis” in connection with the franchisees’ petition.

Treasury officials told the court that the cabinet approved back in August a proposal to end electronic gambling, which led Danzinger to respond, “I see no way of avoiding rescinding the temporary injunction.”

The machines were turned off around 6 p.m. Wednesday, Haaretz reported.

Shutting down the state-sponsored gambling machines is a victory for Kahlon, Israel’s finance minister, who predicted that come 2017, “there will not be a single gambling machine or any horse racing in Israel.”