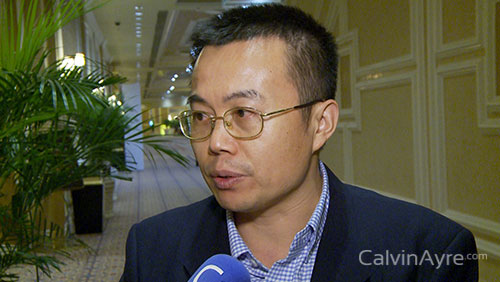 The Macau gambling industry has finally found its footing in the last quarter of 2016 after 24 consecutive months of falling gross gaming revenue. But unlike in the previous decades, it is not the high rollers that is fueling the growth in the world’s premier gaming hub.

Low-stakes “mass gamblers” make up almost half of the revenue. Two years ago, it was around a third. It is true that mass gamblers are the silver linings in Macau’s economic gloom. Experts, however, believe that high rollers remain to be the missing link to drive Macau’s economy faster.

“VIP rooms in Macau are very important because historically, the VIP room contribute to more than 60 percent to the total gross gaming revenue,” Changbin Wang of Macao Polytechnic Institute told CalvinAyre.com. “Even now, it takes up 55 percent. So if the VIP contractors can bring more gamblers to Macau then that would be wonderful to Macau’s economy.”

But in order for Macau to once again tap the full potential of high rollers without falling back to the pits, Wang pointed out that the government and casino operators should revamp its business model for VIP rooms.

Wang explained that most high rollers heavily relied on credit betting while in casinos. Because of the slowdown of the Chinese economy, he said that some of the high rollers failed to pay back their debt.

He also noted that most VIP contractors now are more cautious to lend money due to incidents of non-payment of debts.

“I think the gaming revenue is declining mostly because of the Chinese economy is declining now. It is slowing down. Specifically VIP rooms. I think the business model of VIP rooms matter a lot. They always do credit betting,” he said. “The high rollers have never carried a lot of money, a lot of cash to Macau. So, they have to borrow from the VIP contractors. Right now, the VIP contractors are very cautious to provide credit for the high rollers. That’s why revenue from VIP rooms is going down.”

When asked what measures the Macau government should implement to promote a healthy VIP room business, Wang said that state regulators should improve the mechanism of its licensing system.

“Now, we have the license regulations but just on papers. So the government – the regulator – rarely investigate the background of licensees. In Macau, only the shareholders with 5 percent of the capital or more, and directors and key employees can go through the licensing procedure,” Wang said. “I think they should expand the scope (of investigation) to the middle managers like other employees in key positions also need background check. We also need to regulate from the perspective of the financial side. Maybe to impose some minimum capital also help.”