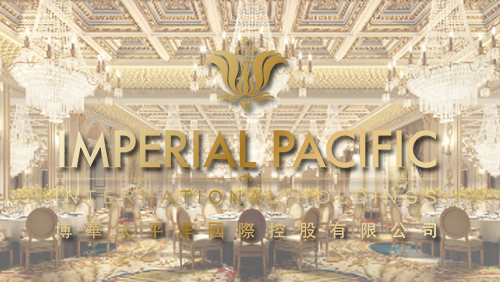 The Saipan operation of casino operator Imperial Pacific International Holdings Ltd. has achieved a rolling chip volume of about $1.7 billion in November, the company said in a filing to the Hong Kong Stock Exchange.

November’s results indicate a 4.6 percent growth year-on-year in Imperial Pacific’s rolling chip values—this is the first mean that year-on-year comparisons are available, since the temporary casino facility in Saipan started its VIP operations only on November 1, 2015. Still, the numbers are a far cry from Imperial Pacific’s highest tally of $3.95 billion in September.

Imperial Pacific’s Saipan subsidiary, Best Sunshine International, opened its ‘training facility’ in an upscale mall in October 2015 while awaiting completion of its permanent Saipan venue, which is scheduled to commence its phased opening in February 2017.

Until recently, the Hong Kong-listed casino operator had relied on direct relationships with its VIP clientele but September saw the Commonwealth Casino Commission issue its first junket operator license. Over a dozen other junkets are awaiting licensing scrutiny, but the Commission says it will only consider applicants that have been pre-approved by Imperial Pacific, as it’s the only game in town.

China’s recent arrest of Crown Resorts staffers for allegedly marketing to Chinese VIPs has led multiple analysts to warn that all Asia-Pacific casino operators could face a downturn if China places more curbs on VIP gambling activity. Fitch Ratings singled out Imperial Pacific as being particularly vulnerable if China tightens the VIP screws.

Analysts at the CLSA brokerage determined that Chinese nationals accounted for over 80% of Imperial Pacific’s gambling revenue, about the same ratio as casinos in Macau but much higher than the 60% in South Korea, 30% in Singapore and 25% in the Philippines.